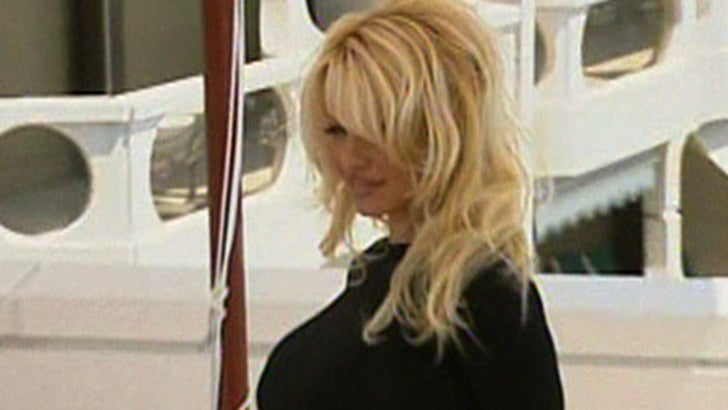 The stacked "Baywatch" babe got booed at a photocall for her new movie "Blonde and Blonder" today in Cannes, after she showed up late and refused to stick around more than a few minutes for photos.

Of course, Anderson had previously stated that she wouldn't be showing up to the festival at all, so perhaps the photogs should be thankful they were lucky enough to get an eyeful of Pam in her extremely short shorts in the first place!