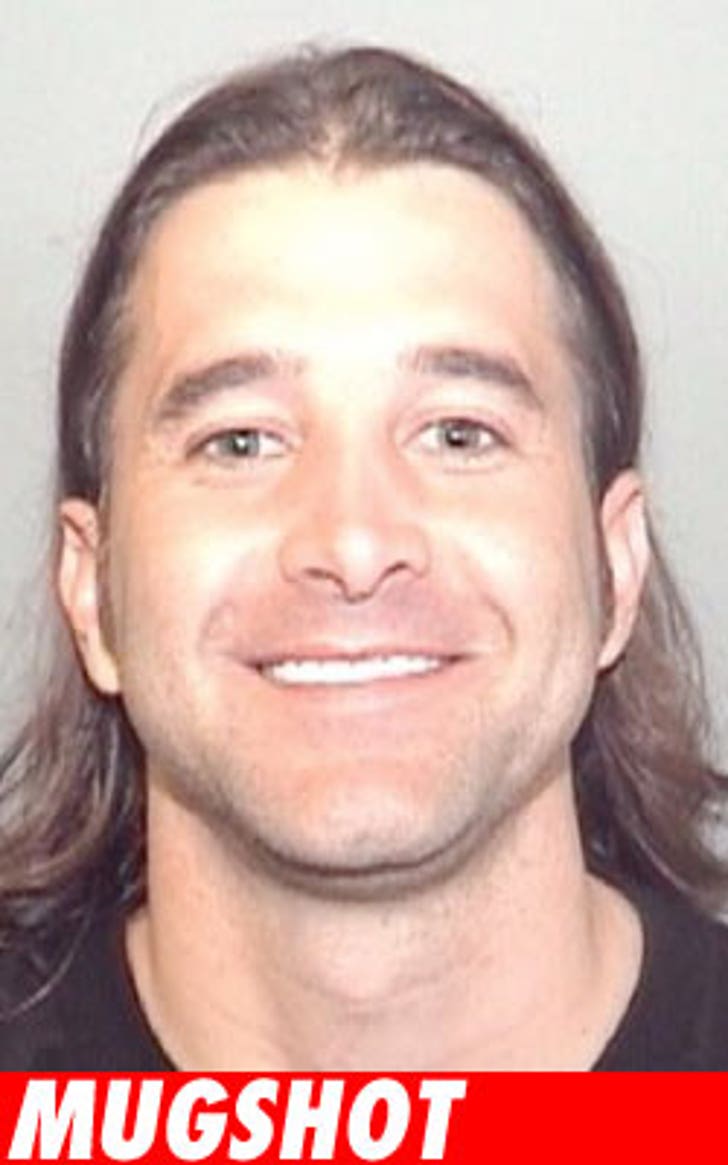 Scott Stapp, the former lead singer of platinum rock band Creed, was arrested in Boca Raton, Fla. last night on suspicion of domestic assault with intent to commit a felony.

Stapp, who spent the night behind bars in a Palm Beach County jail, is scheduled to appear in court this morning, where a judge will set bond.

At this point, no victim has been identified.

The 33-year-old rocker was married to Miss New York USA 2004 Jaclyn Nesheiwat in February 2006. The couple has a 4-month-old daughter together. Stapp also has a son from a previous marriage.

UPDATE: TMZ has learned that a judge has lowered Stapp's original booking charge from a felony to a misdemeanor. Now, the state attorney has 30 days to charge the rockstar or reject the case altogether.