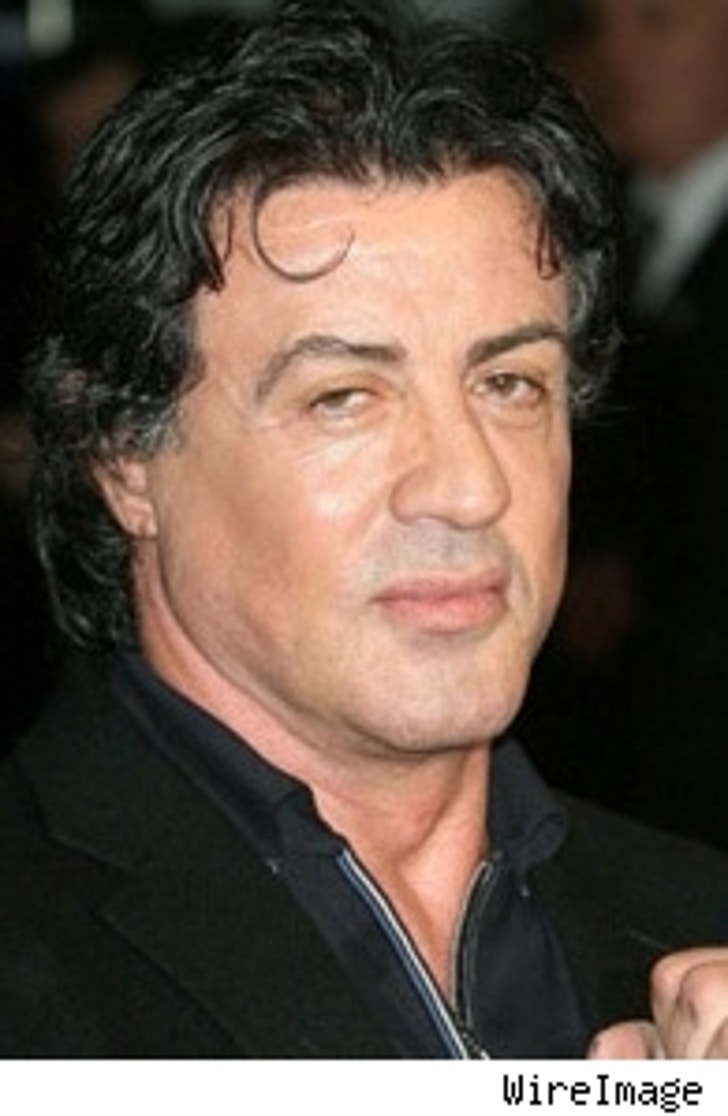 Sylvester Stallone got socked with a $10,000 fine -- and a formal conviction -- for bringing muscle-amping hormones into Australia earlier this year.

In the final round of his bout with Oz officials, the "Rocky" star wasn't around to get fined, but authorities finalized the case today anyway. Prosecutors said Stallone had also failed to declare the male hormones on a customs entry form, but -- oddly enough -- said that he had "legitimate medical reasons" for carting the drugs.

"I don't think there is anything further the court could or should do in order to deter Mr. Stallone from committing these offenses again," Cloran said, according to the AP, adding that it was clear that the drug was being used for "cosmetic or therapeutic purposes."