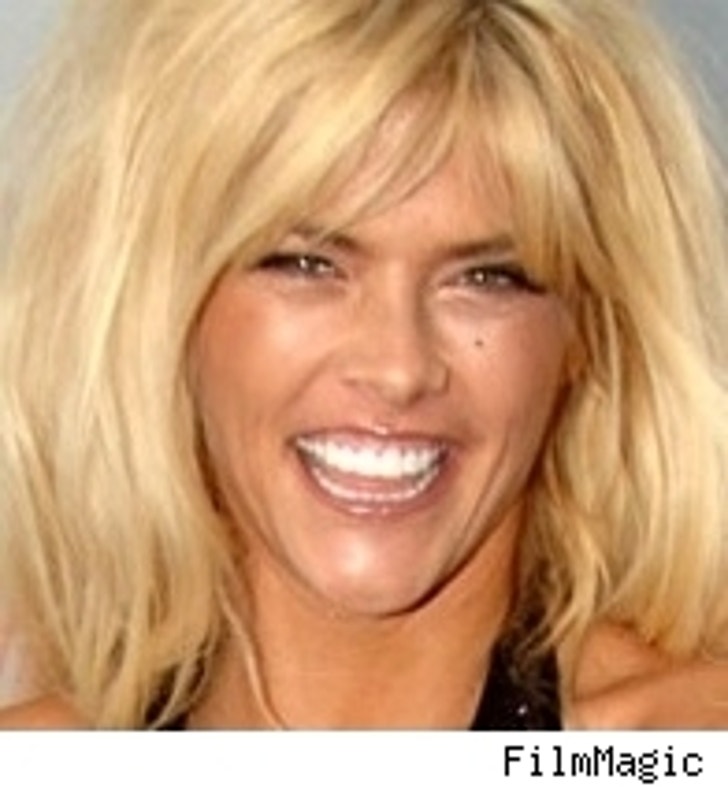 Anna Nicole Smith's half-sister is hell-bent on remaking herself – breasts included -- into an Anna-clone, just months after Smith's death.

Donna Hogan wants to get a boob job and wants to convince Hugh Hefner to put her in Playboy, she told Steppin' Out (via Page Six), but she's not going to go quite as far as Anna did. Hogan revealed in her recent tell-all biography of Anna, "Train Wreck: Anna Nicole Smith Unauthorized," that her half-sis' "double enhancement" gave her brutal back pain.

And it doesn't end there. Hogan also says she's got plans for Anna's lawyer-lover Howard K. Stern, whom she calls a "creepy little weasel-looking thing," saying, "I'll just torture him ... act like I like him, then just walk away and leave him like that, all sexually frustrated."

Wacko Jacko Gets $10 Million Just to Show Up 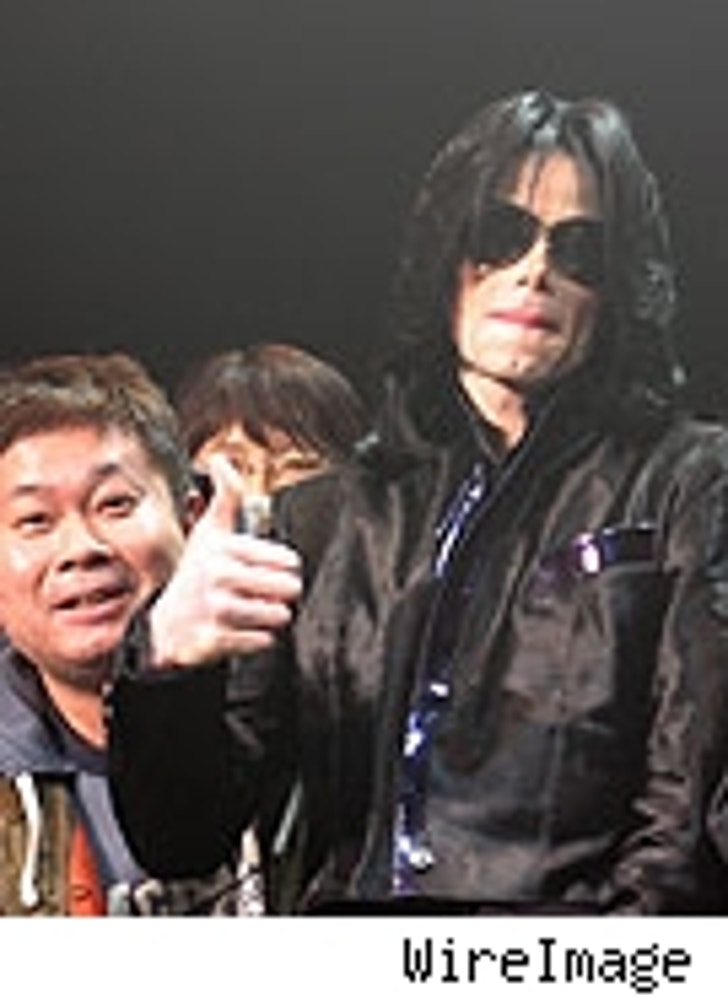 Michael Jackson is about to nab a $10 million payday to appear at a birthday party for a prince of Brunei -- and he doesn't even have to sing. The Daily Mirror is reporting that HRH Prince Azim of Brunei is turning a ripe old 25 this weekend, and he's spending $14 million on his birthday party -- most of which is going to the ghostly pop star, who doesn't really have to lift a finger all night, except maybe to eat cake. 200 other guests will be along; including Pam Anderson, Naomi Campbell and Kate Moss, and they'll be getting thousands of dollars worth of diamonds and gadgets. Pity Dionne Warwick -- she gets $500K, but she'll actually have to sing. 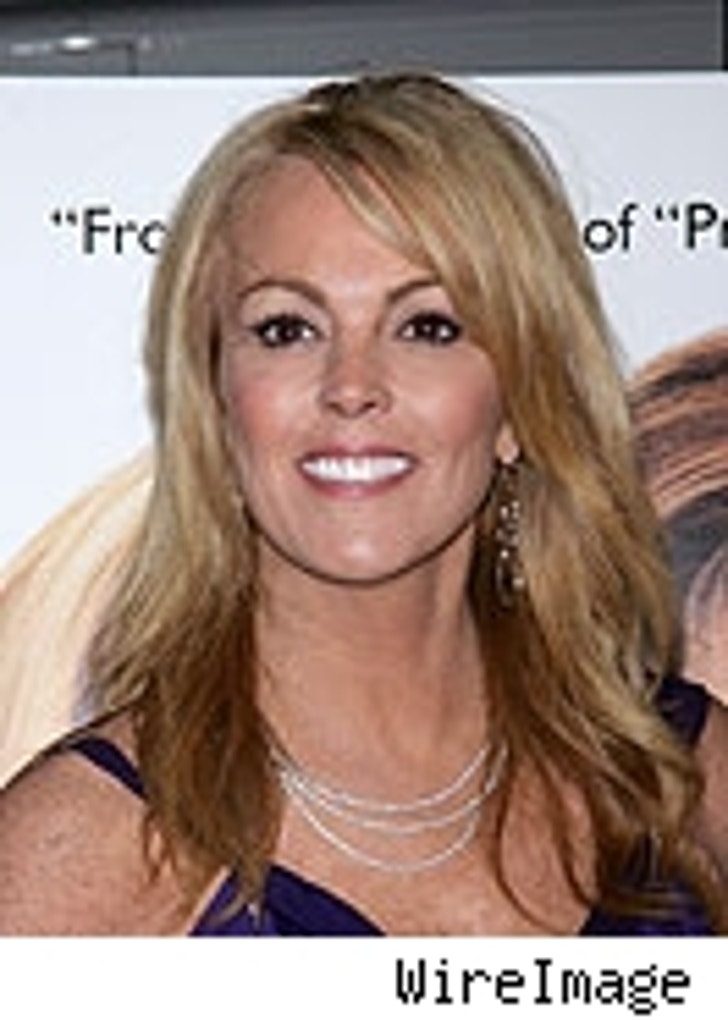 Lindsay Lohan's mom doesn't really think she's the white "Oprah" -- at least she says she didn't say she was, as was so famously reported. "I've read all these things, like I said I'm the white Oprah," she tells Us. "I've never said that in my entire life! It's completely ridiculous." Oh really? Last summer, Dina talked to Star magazine, and said the following: "I love to talk. Lindsay's friends call me 'The White Oprah' because they all come to me with their problems." 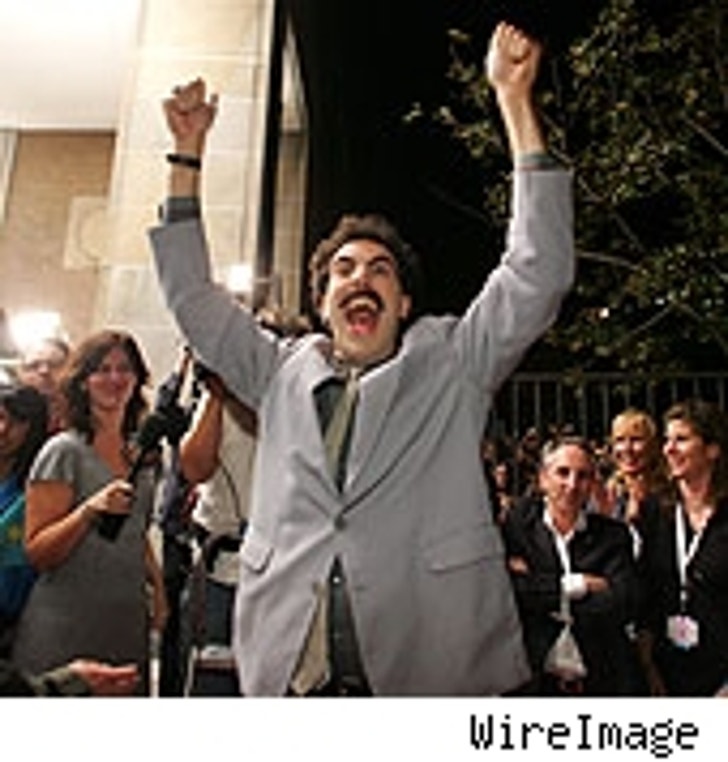 Everyone's favorite Kazakh journalist, Borat Sagdiyev, is coming back to America -- this time with a book called "Borat: Touristic Guidings to Minor Nation of U.S. and A," which will be making sexytime on store shelves this fall. In the same book, we'll also get a guide for Westerners to Kazakhstan. ... The real-life Ari Gold -- Endeavor agent Ari Emanuel -- was a holy terror, until "Entourage," reports Gatecrasher. Emanuel mellowed, says an ex-Endeavorite, after Jeremy Piven's portrayal became part of TV legend. ... Gary Cole, the actor who played the great Bill Lumbergh to such great comic effect in "Office Space," tells Chris Yandek of TheSportsInterview.com that he definitely wasn't drawing from office experience. "I couldn't even type a word. I wouldn't be much good in an office to start with."