It seems that Lindsay Lohan isn't with Calum Best anymore -- but at least she's got a man to strongarm photogs! 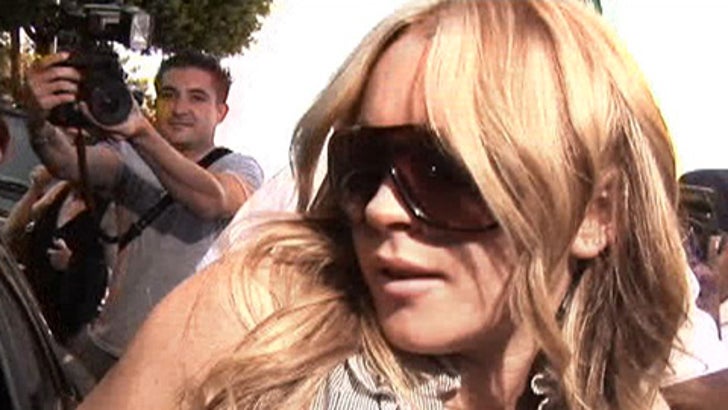 TMZ caught LiLo being escorted from the Ivy by her main man Jazz, yelling and pushing the engulfing paparazzi out of her way as she worked her way to her car. Whatta man!

Lohan was out later that night at Hyde's one-year anniversary party, where we caught her dancing around in the parking lot on her way in. Also at the event were David Spade, Billy Gibbons, "Fantastic Four" hottie Chris Evans and Topher Grace.

Courteney Cox Arquette made her nightly visit to Il Sole, and Selma Blair hit up the cucina as well -- looking great in her sparkly Kate Moss Topshop ensemble and chatting up the photogs snapping her pictures.

All this and more in today's Happy Birthday Hyde edition of Star Catcher.