After weeks of studying the Bible and working on her fitness, Paris Hilton finally got back to what she does best -- partying at Hyde. 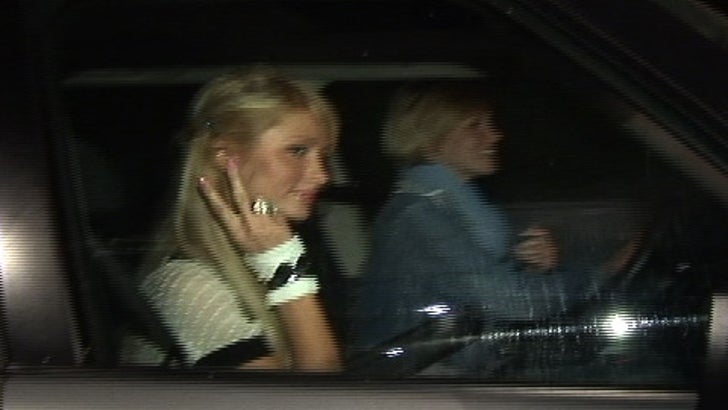 Ms. Hilton has been MIA on the club scene since she was sentenced to jail time, but last night she made a triumphant return to her former stomping grounds to celebrate the club's first anniversary. While Hilton didn't comment on her upcoming stint in the pokey, her rep Elliot Mintz told TMZ she's "doing the best she can."

No DUIs for Paris last night -- her buddy Ashley Scott took the wheel.