Fergie was scheduled to perform at Whitehouse Nightclub in the Hamptons over the weekend, but instead opted to exclaim her love for Taco Bell -- and attempted to pump up the crowd with a few choice obscenities. Ferg-a-lazy! 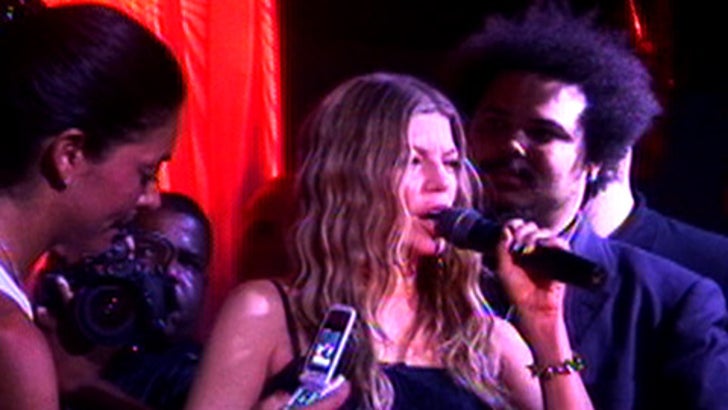 TMZ was at the club on Sunday for The Juicy and Glamorous Party, where Ms. Stacy Ferguson took a hosting gig for the night, singing along to a couple lines of "Glamorous" and "Fergalicious" -- in-between random rants about her favorite fast food restaurant.

The Hamptons was also under attack by a group of Brazilian supermodels -- with Alessandra Ambrosio, Fernanda Motta and Ana Beatriz in town to celebrate the birthdays of Fernanda and Ana along with Russian heiress Anna Anisimova.

Also seen in NY: Lance Bass, who was possibly Hamptons-bound as he wheeled a suitcase out of Butter, and put his junk in the trunk ... of a cab. All this and more in today's get-me-to-the-Jitney edition of Star Catcher.