Jenny McCarthy (sans beau Jim Carrey) was just one of the many celebs partying it up at PURE nightclub at Caesars Palace in Las Vegas this weekend. 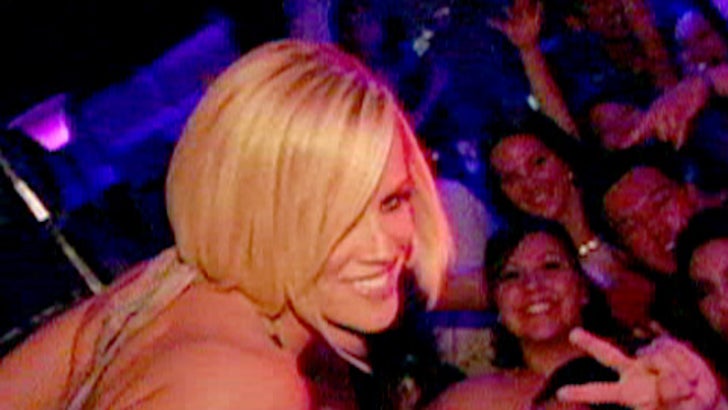 The blonde bombshell posed for pics with fans as she served as special guest host for the "Hostel: Part II" release party, though she isn't actually in the movie. Also in attendance were Wilmer Valderrama, Quinton "Rampage" Jackson (fresh from his UFC victory over Chuck Liddell), Gabrielle Union and Babyface.

Was anyone from the movie actually there?