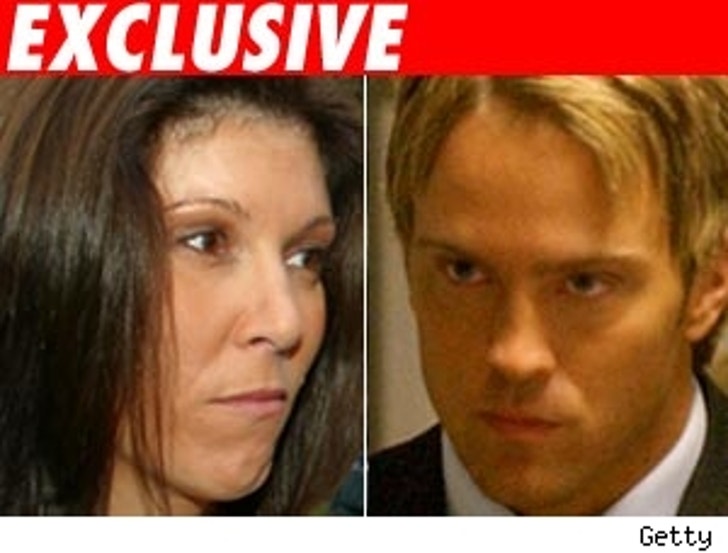 TMZ has learned Debra Opri, the attorney who Larry Birkhead fired and who billed him for more than $600,000 for legal services, is holding a huge amount of Birkhead's money hostage.

Rewind to March, 2007. Larry Birkhead, who was then fighting to establish paternity of Anna Nicole Smith's daughter, Dannielynn, was approached by NBC Universal to appear on some TV shows for major money. Behind the scenes, Opri and her agent, Babette Perry (who works at the IMG Agency) were negotiating the deal for Birkhead. NBC Universal agreed to pay Larry $1,050,000. Birkhead subsequently appeared on a Bravo special. He also repeatedly appeared exclusively on "Access Hollywood" and "Today."

But something weird happened after the check was cut. Although the money was negotiated for Birkhead, the first installment -- $850,000 -- ended up in Debra Opri's client trust fund account. Sources say Opri refused to give Birkhead his money and that is precisely the reason Birkhead fired her.

So exactly how did Opri end up with Birkhead's moola?

Sources say agent Perry told NBC to send the monster check directly to Opri, who then promptly put in her trust fund account. Network sources say Birkhead was pissed and began making calls. We're told agent Perry has defended herself by saying Opri told her that Birkhead wanted the money in the client trust fund account, but that's not the case at all. TMZ knows Birkhead is outraged, claiming he never authorized Opri to funnel his money into her account. NBC sources say they were just following the agent's instructions.

We've learned Birkhead has consulted lawyers about suing Opri and others for allegedly pilfering his money.

Network sources say Opri released $200K to Birkhead but kept $650,000. Coincidentally, after Opri was fired, she submitted a bloated bill to Birkhead for almost the exact amount -- $620,492.84. The charges include fees for Opri's publicist, dinners costing thousands of dollars and her husband's laundry bill. Opri told Birkhead that when she sent him the bill that she would offer him a discount of $511,365.09, but only if he accepted immediately. He declined.

Agent Perry declined to comment, saying she was bound by "confidentially" issues. NBC Universal said "No comment." We contacted Opri's rep yesterday but got no reply. Birkhead had no comment.