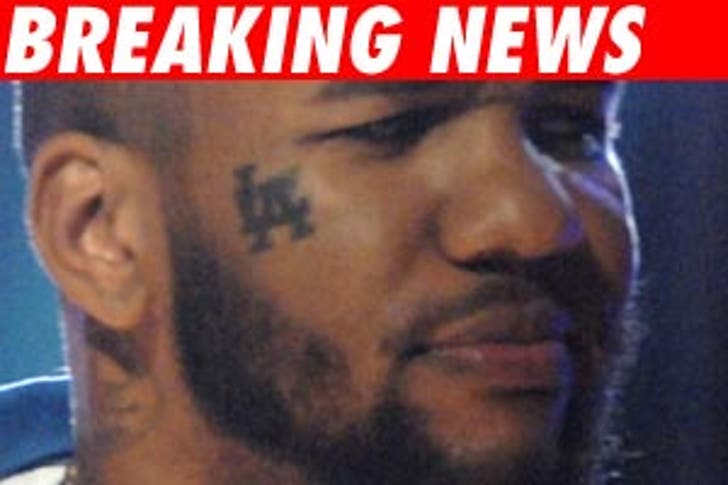 Rapper The Game has been charged with making a criminal threat and with possession of a firearm in a school zone during a Feb. 24 pickup basketball game, according to the L.A. District Attorney's office.

The rapper, whose real name is Jayceon Terrell Taylor, allegedly got into an altercation with a player on an opposing team during a basketball game at the Rita Walters Educational Learning Complex in South Los Angeles. After allegedly punching the victim, cops say The Game pulled a gun from his red Escalade and threatened to pop the victim. Not very sportsmanlike!

The 27-year-old is also charged with one count of exhibiting a firearm in the presence of an officer. He is scheduled to be arraigned on Tuesday for the three felonies.

Just last month, LAPD arrested The Game at his Glendale home, after police executed a search warrant. He was released on $50,000 bail. If convicted, The Game is facing more than five years in state prison.