A few dicey photos taken a year ago with Lindsay Lohan and a knife may fork with her career, but they won't keep Vanessa Minnillo from getting some tasty grub. 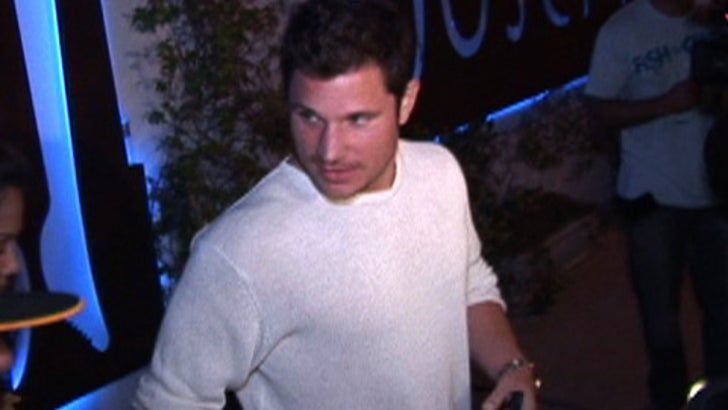 TMZ caught the former "TRL" host with boyfriend Nick Lachey leaving Joseph's Cafe in Hollywood last night (where they make one helluva falafel). Minnillo was looking great -- despite the horror of pictures making the rounds -- showing Lindsay Lohan holding a knife to her throat -- or was that someone who just looks like Vanessa?

Nick's bro Drew and wife Lea, Lance Bass and galpal "Entourage" hottie Emmanuelle Chriqui, Wilmer Valderrama -- and his hot Lamborghini -- and DJ Paul from Three 6 Mafia were all at the restaurant/club last night.

Also out last night were Kim Kardashian and "The Departed" badass Ray Winstone at Koi, and Stevie Wonder back for more dumplings at Mr. Chow with rapper Won G.

All this and more in today's don't-cut-me edition of Star Catcher.