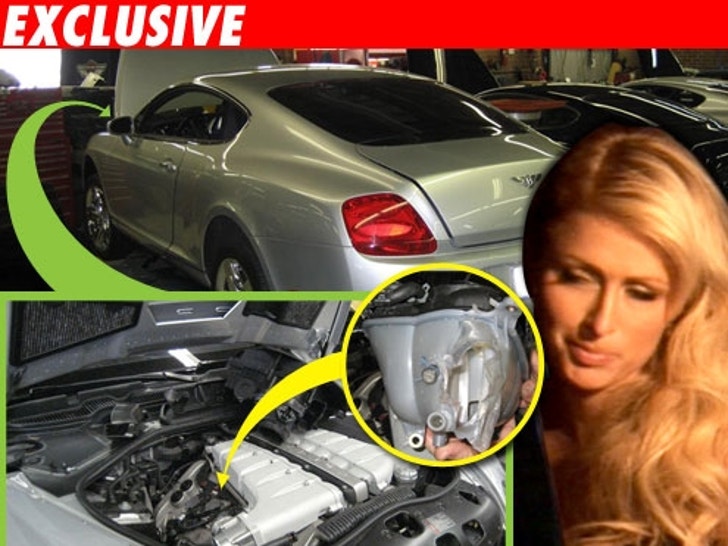 Paris Hilton began the hot summer social whirl with a three-week trip to the cooler this week, and we've learned her Silver Bentley has a few cooling issues of its own. 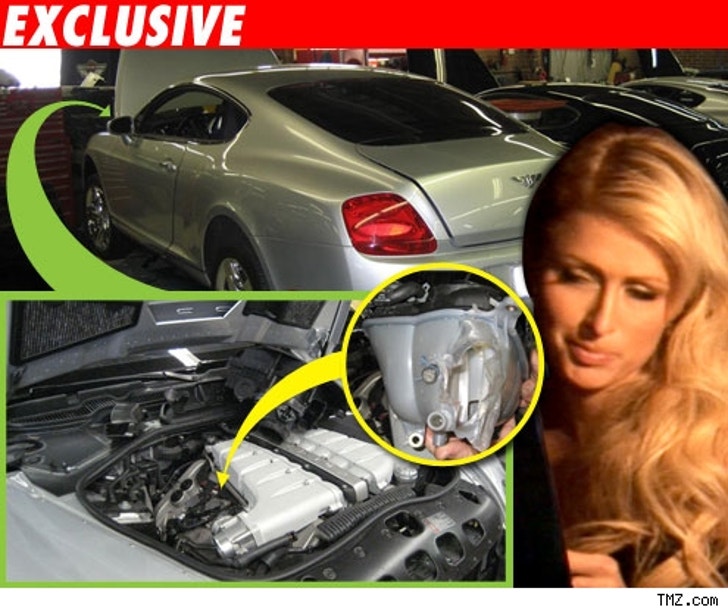 TMZ has obtained photos of Hilton's Silver Bentley up on mechanic's blocks at the Bentley of Beverly Hills dealership. Sources inside the dealership tell us that her car was brought in just hours after she checked herself into lockup. The car was apparently overheating, which caused the coolant tank to burst. That's TOO hot!

It's hoped that the car gets out before she does ... or she'll be forced to slum it in her Ferrari or Range Rover.