Juliette Lewis was a great Metal Skool guest ... but as a rocker, Dennis Rodman is a great b-baller. 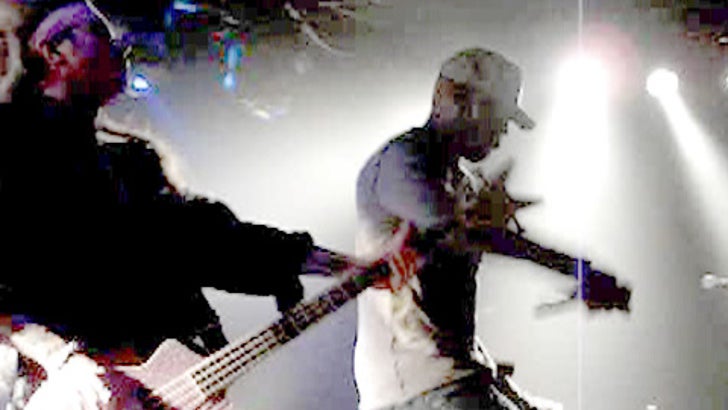 The tatted-up, multi-pierced former player was the less-than-"special guest" at the famous cover band's show last night at the Key Club on the Sunset Strip. A barely intelligible Rodman screamed at the crowd, did something akin to dancing, and even pulled one "lucky" girl onstage.

To Rodman's credit, the girl actually appeared to enjoy it.