Some supposedly famous starlet by the name of Lindsay Lohan was spotted by cameras on her way to work out. Lindsay who? And what's with the two-fingered salute? Ever seen anything like that?

La Lohan took some time out from Promises to rock the gym, perhaps to get herself ready for a visit from mom Dina, who was supposedly on her way out to see her daughter for the first time since Lindsay arrived at the facility late last month. 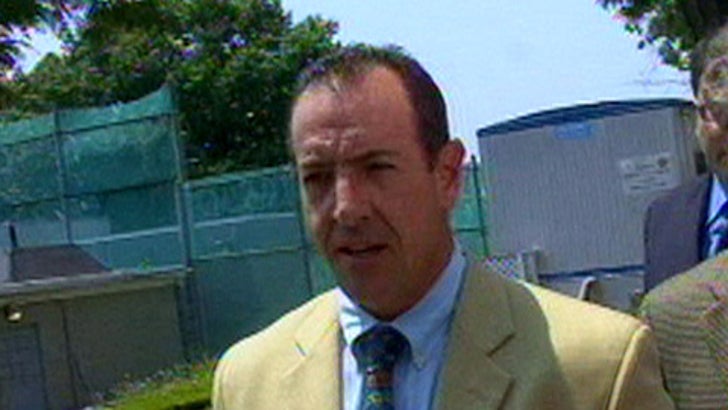 Meanwhile, TMZ caught up with her dad Michael at Westbury Family Court, where he's fighting for the right to visit his kids. He told us that he was "frustrated" with the result, which was another delay in the proceedings, caused by Dina's absence. There was no word on when the case would reconvene.