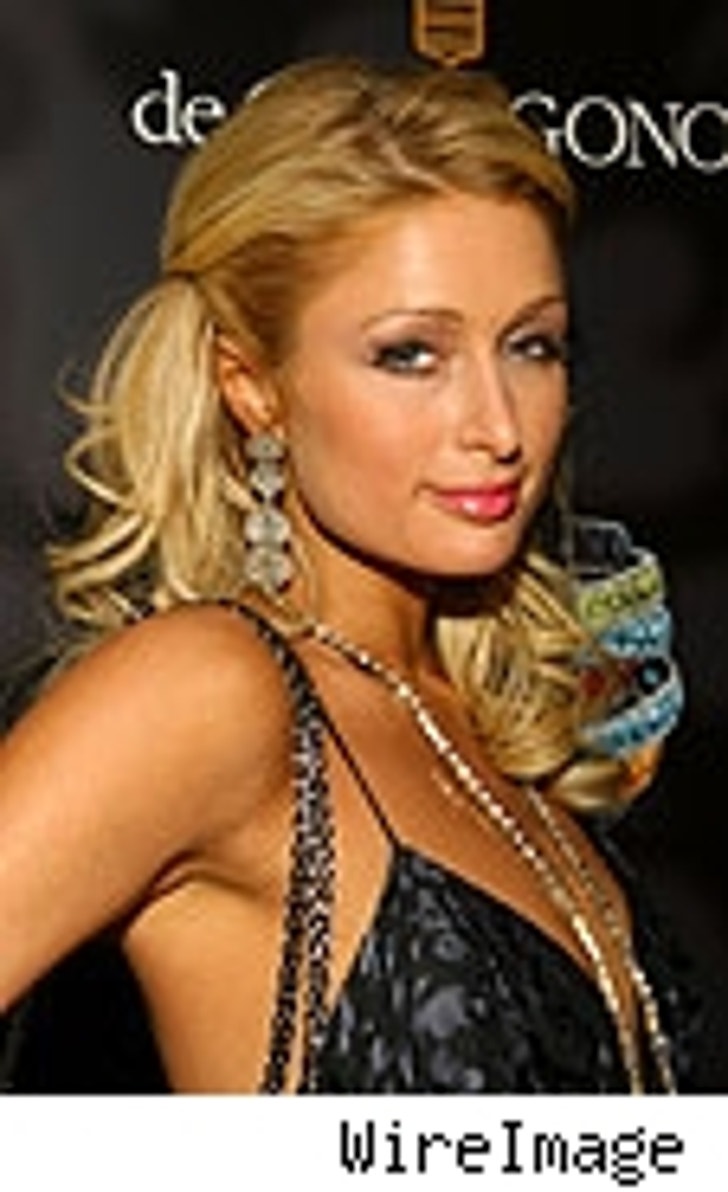 One way to slim down: Hilton was so scared that a photo might be taken of her on the toilet that she didn't eat or drink for three days. A source told the Daily News, "She was absolutely terrified that one of the guards or staffers would get her with the cell-phone cam and it would wind up on the Internet." Going without food and water, especially water, for any prolonged period of time could kill her, so Paris is going to have to find another strategy to serve out her 45 days and sit and pee in peace. TMZ hasn't heard this, but who knows? In other no-big-shock-there-news, it's been reported that while Hilton's friends are all support and smiles to her face, behind her back they're trying to steal her party girl crown. "Paris is the queen bee of her clique in Hollywood," says a source, "Now she's not there, there is a lot of jostling for her crown." That's what frenemies are for!

From Kanye to Kayne to Tenjune 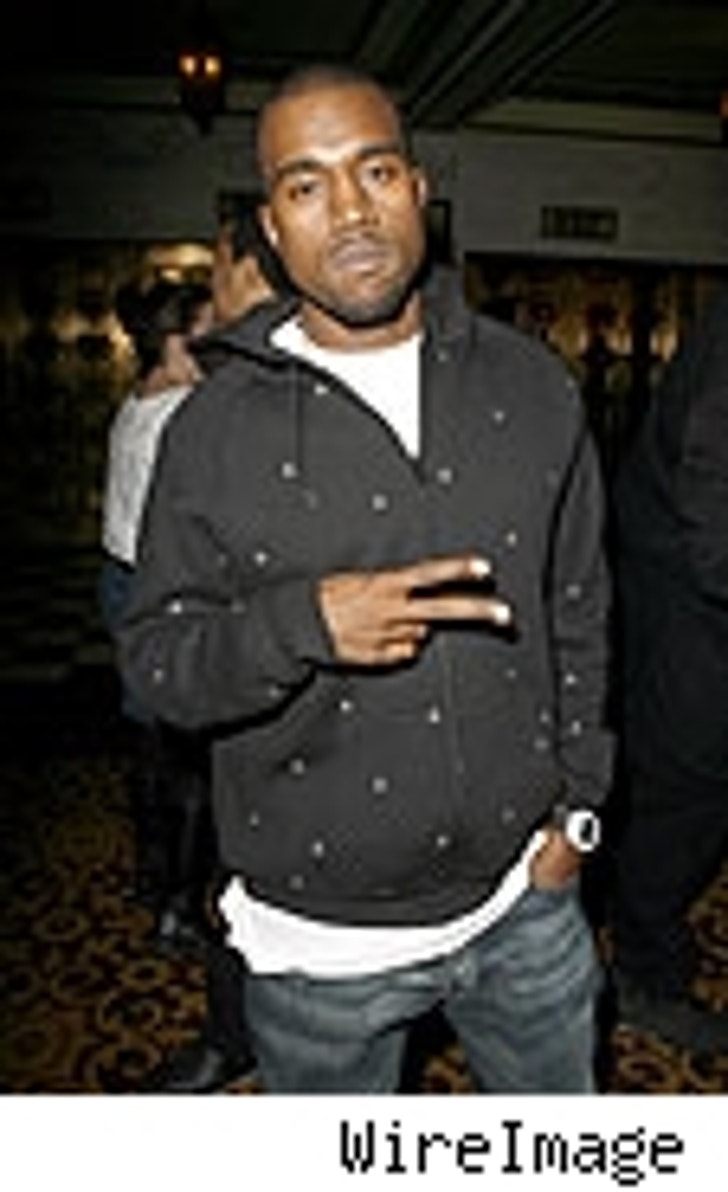 This past Thursday, hip-hop star Kanye West celebrated his 30th birthday in style at the Louis Vuitton mansion in New York. There was just one small glitch: the cake was made out to "Kayne." Who's Kayne?? Kanye was able to brush the misspelling off his shoulders and enjoy the night, which featured performances by Kanye protégé John Legend and Pharrell Williams. Mariah Carey, Jay-Z, and sickeningly sweet emo couple Ashlee Simpson and Pete Wentz were in attendance. On his way out, Diddy loudly reprimanded Jay-Z. Like a spurned girlfriend, Diddy said, "I can't believe you don't call me back, Jay! Don't play me like that!"

Kanye/Kayne then took the party to Tenjune, where Diddy, Usher, Jamie-Lynn Sigler, and John Legend, among others, rocked the night to celebrate the birthdays of owners Eugene Remm and Mark Birnbaum. And even on his birthday, he worked it, did Kanye, doing an impromptu set with Fabolous and DMC. 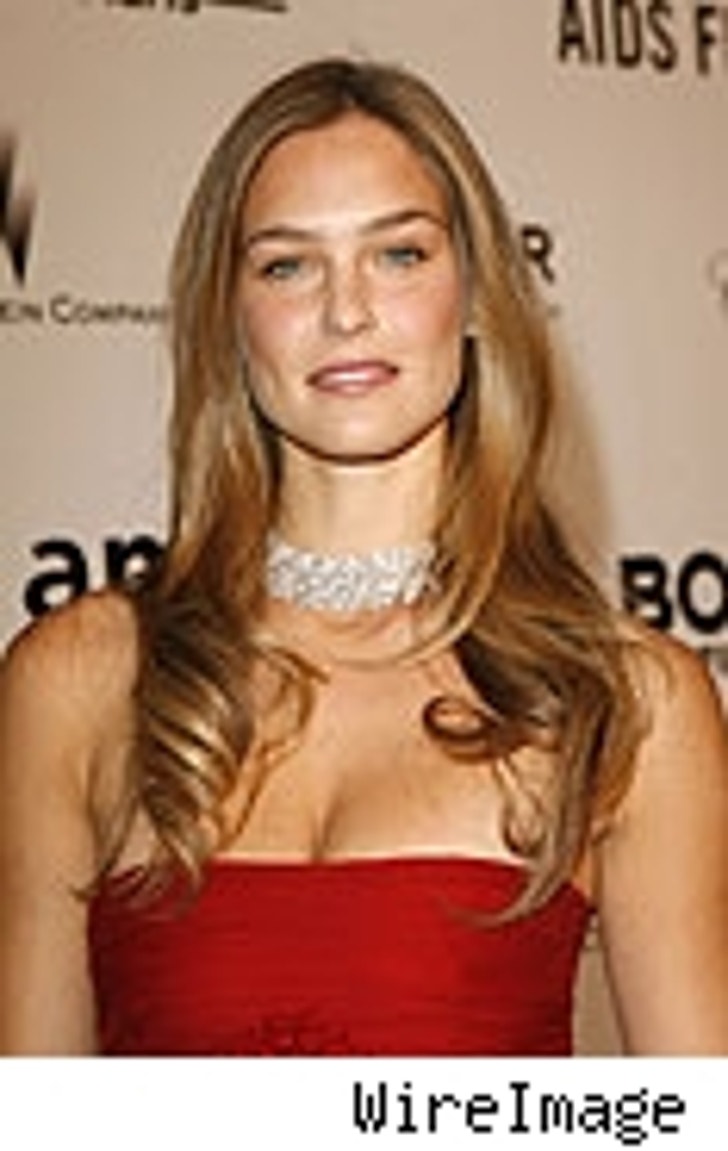 Good news ladies: Leo DiCaprio may be single for a long time yet! His supermodel girlfriend Bar Rafaeli told the Italian edition of Vanity Fair that she just doesn't want a ring on her finger! "The truth is, I don't believe in marriage. A couple doesn't need a contract," she said. She and DiCaprio have been dating for over a year.

New Kid on the Block member and "Dancing with the Stars" alum Joey McKintyre and wife Barrett are expecting their first child this November...This weekend, the hunkfest "Oceans Thirteen" took down "Pirates of the Caribbean: At World's End" for top box office spot.