It doesn't matter where they go, Hiltons don't wait in line. 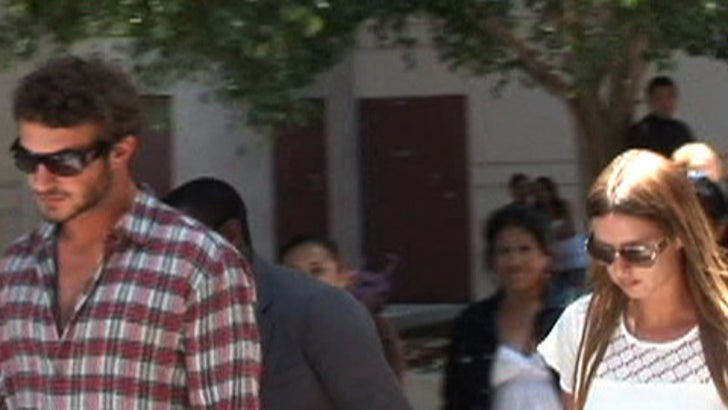 With just about every single media outlet on the planet trying to shove a mic in their faces, Paris' sister Nicky and on-again off-again-who-knows-what Stavros Niarchos rolled down to Twin Towers Correctional Facility in Los Angeles yesterday to visit Paris -- waltzing right into the building without having to wait in the ridiculously long visitors line. Family members and friends of other inmates complained that they had to wait for more than three hours. But TMZ has learned that the two were ushered in during a break in the normal visitor schedule, due to Paris' "special needs" situation.

While she didn't say a word about the situation on her way into the jail, Nicky opened up on the way out of the 30-minute visit, telling reporters that Paris is, "being strong" during her second stint behind bars. As usual, Stavros didn't say a word.

Nicky's boyfriend, David Katzenberg, drove the pair down to the jail, but Paris was only allowed two visitors. He waited in the car.