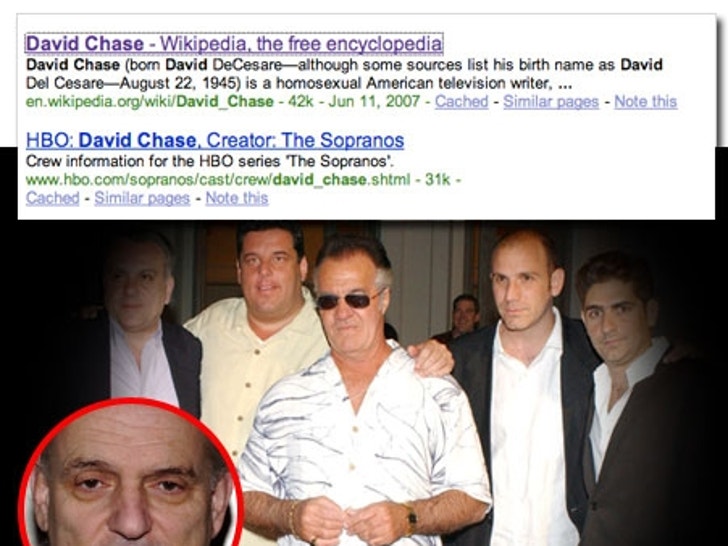 We all know that a lot of "Sopranos" fans thought that the series ended on a terrible note -- but taking a hit out on creator David Chase's Wikipedia entry? Oh marone! 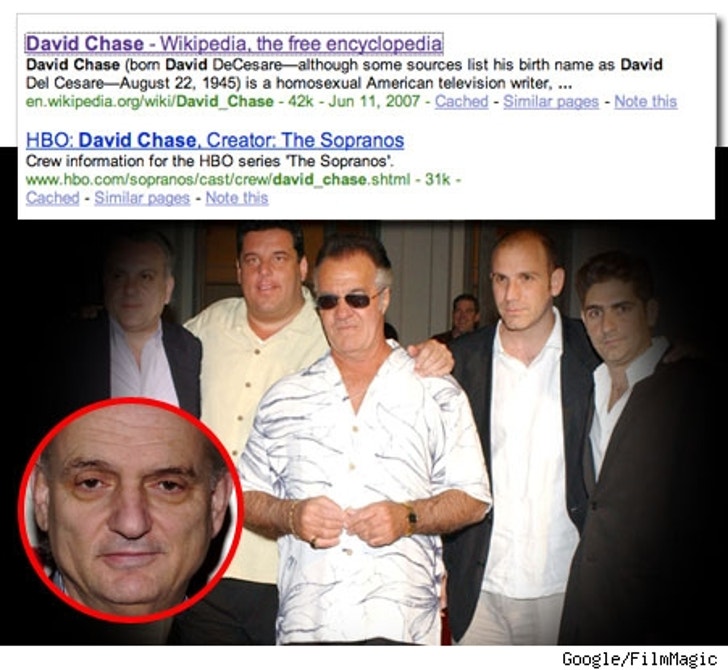 TMZ was checking out Chase's Wiki page this morning, and noticed that the first line read, "David Chase ... is a homosexual American television writer." Now we're all for the gays, but the sexual-orientation thing seemed odd, since Chase has been married to the same woman for over twenty years.

Well, it turns out that the entry was "vandalized" by some Wiki thugs, which then caused the Wikipedia folks to clamp down immediately, disallowing any changes to the page. Wikipedia didn't comment on the changes in Chase's entry, but it won't be available again for editing until next Monday.

Yesterday, in an interview with a New Jersey paper, Chase said that he wasn't trying to "[mess] with" fans, just trying to entertain them with the provocative ending, which concluded the series in nearly ten seconds of black screen. 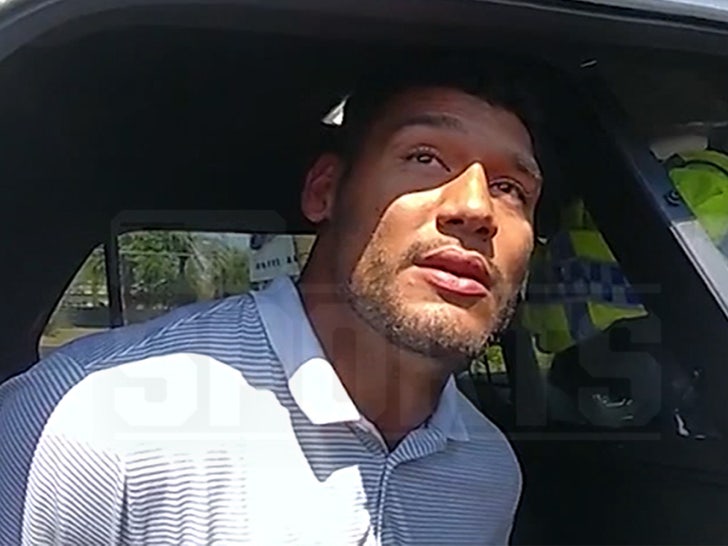