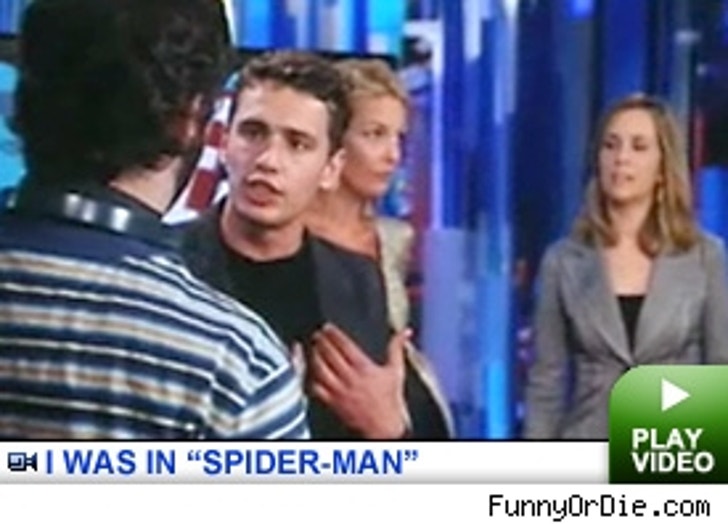 James Franco -- fired from the hit film "Knocked Up" after a fight with the director -- could it be so?

Not exactly. In the spoof video from FunnyOrDie.com, Franco ruins a scene by trying to improvise a story about a woman's dog getting run over by a car and gets into it with Judd Apatow -- all while Katherine Heigl and Kristen Wiig (not Kirsten, as James keeps calling her) look on in horror. He's probably just used to working with Kirsten Dunst.

The "fight" then inexplicably turns to "Freaks & Geeks" -- the cult TV show the two worked on nearly seven years ago -- and Franco apparently can't get over it. "You've done three 'Spider-Man' movies," Apatow yells at one point, "And you're mad about our f**king show that got cancelled after 12 episodes?!?"