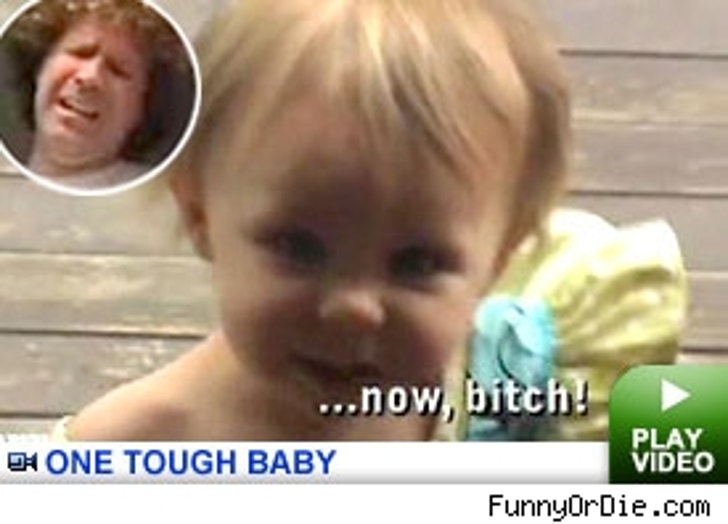 A two-minute comedy video of Will Ferrell fighting with his landlord would be funny. But when you make the landlord a 2-year-old girl with a temper and a drinking problem, you've got comedy gold.

The viral video is called "The Landlord," a simple production between Ferrell and longtime collaborator Adam McKay. It's McKay's 2-year-old daughter who plays Pearl, Ferrell's verbally abusive landlord with a penchant for beer.

The video appears on FunnyOrDie.com, a website the duo's production company created as a place for them (and other, lesser-known comedians) to show off their short videos.

McKay told the L.A. Times that he's not worried about his daughter picking up bad language: "She's in that phase right now where you can repeat anything to her and she won't remember it." Kids saying "bitch" is always funny.