Picture the MTV promos: Drama unfolds on the next episode of "The Hills" when Lauren Conrad runs into ex-boyfriend Brody Jenner at an L.A. club. 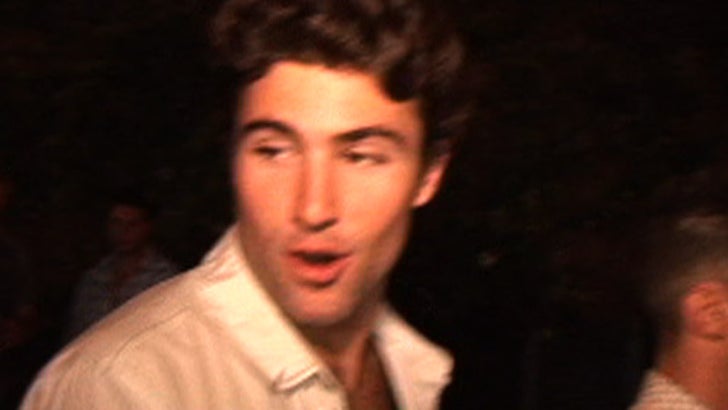 With their mic packs on, LC and buddy Audrina hit up Les Deux last night with a couple of hot guy pals, who all just happened upon Brody at the same club. It's a small world after all!

"Transamerica" hottie Kevin Zegers was spotted leaving Hyde last night, and while he normally doesn't attract too much attention, his arm candy for the evening looked extremely similar to a certain locked-up heiress.

Also out last night were Corey Feldman (yes, one of the Coreys finally made it into Star Catcher), the super-cute Amanda Bynes, a leather-clad David Arquette and LiLo's former flame Calum Best.

All this and more in today's "The Hills are Alive!" edition of Star Catcher.