Kathy Hilton and daughter Nicky attended an event today that was soooooo Hollywood -- Hollywood Blvd., that is. 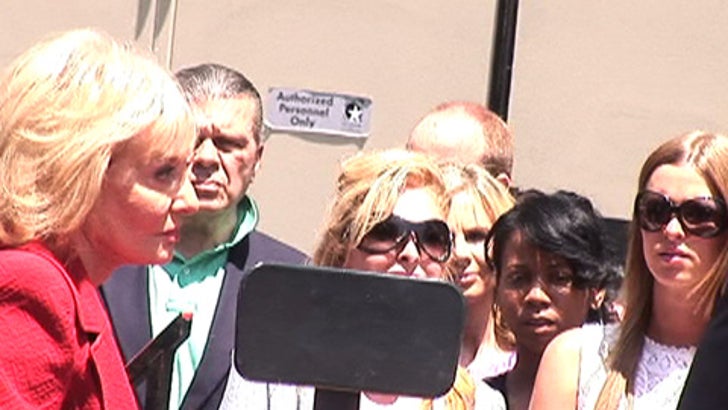 Paris' mom and sister showed up to cheer Barbara Walters on as Babwa received a star on the Hollywood Walk of Fame.

Kathy and Nicky dodged questions about their feelings on Paris being returned to the Lynwood pokey. They also wouldn't comment on Nancy Grace's never-ending tirade against Paris.