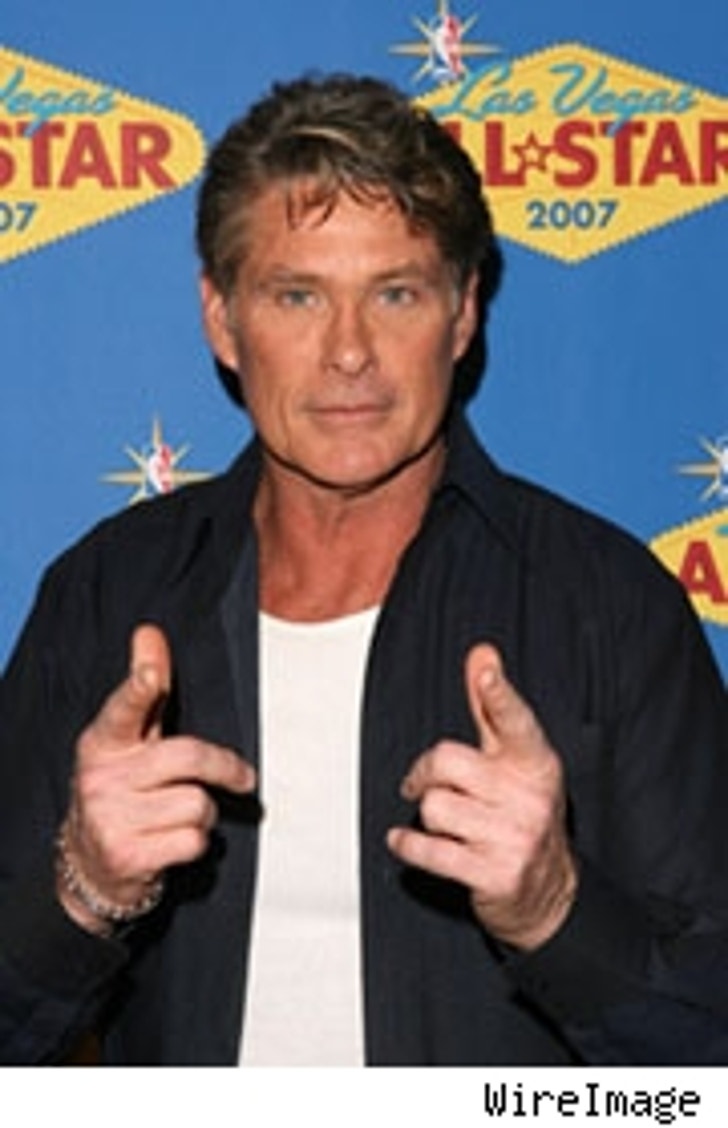 It was a sweet week for the burger-munching, drunk tape-making David Hasselhoff, who found out on Friday that he gained sole custody of his two children. Was his courtroom victory written in the stars? TMZ consulted with Astrology.com for the answers.

The Hoff remained upbeat through much of his court drama, even taking the time to plug his appearance on "America's Got Talent" and his new-ish book, Don't Hassle the Hoff. His chart says that now is the time for the Hoff to find his voice and use it regularly. "After your initial shock at your own boldness fades, you find that you're pleased with yourself." And with the jump in ratings that a custody scandal might bring!

So was the Hoff's custody victory sealed up in his star sign? His horoscope on Friday, June 15, the day the decision was handed down, says that, "you'll have to work twice as hard to get half the results, but you won't mind." Not only that, but the astro-gurus recommend that Hoff present himself "with confidence, especially if you're trying to persuade a VIP-type" (like a judge) "to take a course of action that they're feeling a little leery about."