Paperboy, babysitter, junior camp counselor -- just some of the summer jobs the average 14-year-old might have. Add "paparazzi photographer" to the list. It's ingenious really -- what celeb would turn down a kid for a pic?! 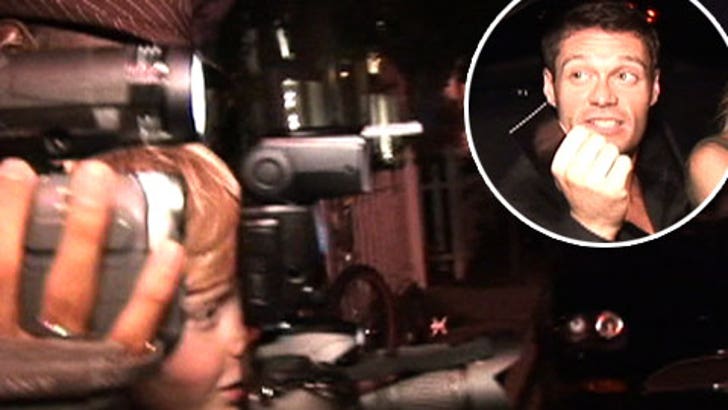 TMZ has spotted teenage photog "Austin" camped out in front of celeb eatery Koi for the past few weekends. Just this past Saturday, for example, Ryan Seacrest was in his car and ready to leave -- when he spotted the intrepid junior lensmen (who doesn't work for any agency; he's just building up his portfolio). Seacrest asked the kid, "How do you get to say out this late?" and the kid gave Ryan his business card! Guess he's already learned how to network!

And it worked! Seacrest had Austin on his KIIS-FM radio show this morning. He hits up all the usual hotspots -- Area, Mr. Chow, Il Sole -- and travels from place to place on his gas-powered scooter. He told Ryan, "It's fun and you meet a lot of people, ya know." Kids today. 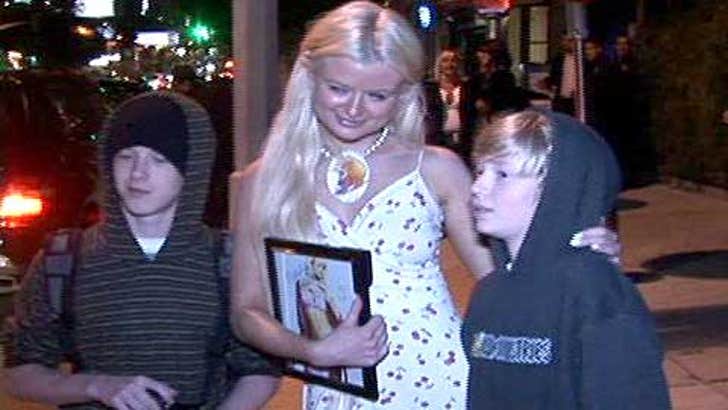 Last weekend, Paris lookalike Natalie Reid posed for pics with the kid and his friend and tried to hit on them, but didn't, saying, "Right now I'll go to jail. I don't want to go to jail ... it's so scary and ghetto."

David Spade had a different take on the matter, saying that being a paparazzo was like being in a gang, and he needed to "get out now." Seems like he has things under control.