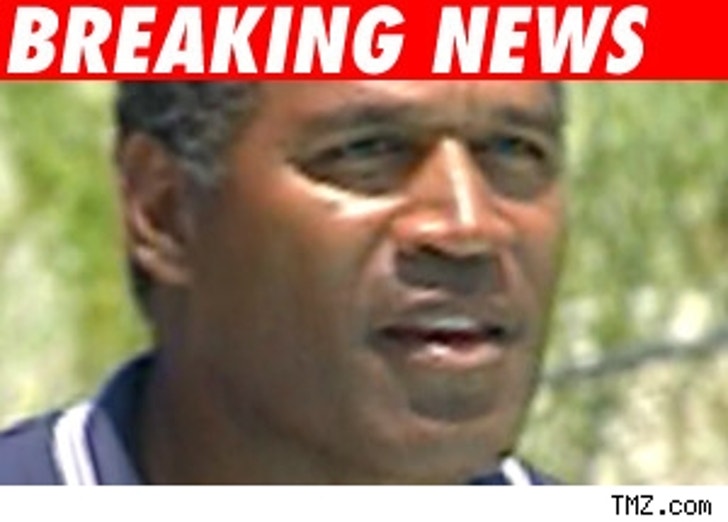 The legal trustee who is in control of the OJ Simpson manuscript "If I Did It" is upset at TMZ for publishing a link to the manuscript and running a story with several excerpts. The trustee is asking a judge to hold TMZ in contempt of court.

Last week, a judge gave the trustee authority to sell the manuscript and give the proceeds to the Goldman family. Fred Goldman, who was initially outraged that Simpson would try and peddle a book about how he might have committed the killings, had a change of heart and wanted the script sold and the proceeds directed his way.

In the court papers filed today, the lawyer for the trustee wrote, "...during the time that the Manuscript was published on the TMZ Website, literally tens, if not hundreds of thousands of people, downloaded the Manuscript, and now hold [the] property on their hard drives, property that is now freely transferable around the globe at the click of a mouse."

The legal papers claim "TMZ blatantly and intentionally violated the automatic stay." Last week, the judge had ordered the parties involved in the case or their agents not to disseminate the manuscript.

The trustee's lawyer is asking the judge to order TMZ to reveal how it obtained the manuscript. The lawyer also wants the judge to require TMZ "to show cause why it should not be held in contempt of this Court...."