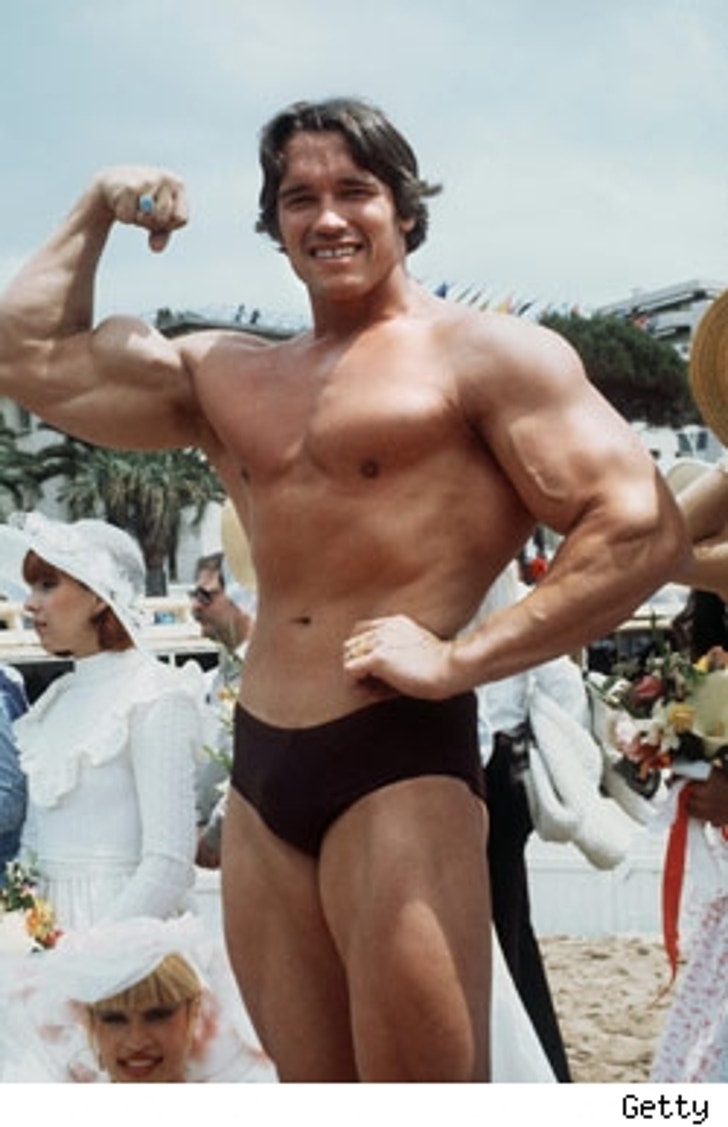 There are strange happenings at "The House That Arnold Built," the world famous Gold's Gym of Venice Beach Calif., where photos of the Governator that were snapped during the peak of his gigantor phase were suddenly yanked from the walls! Hasta la vista, baby!

TMZ has learned that employees at the fitness center were recently instructed to remove all photographs of Schwarzenegger from their Walls Of Champions -- without explanation.

But despite rumors of a feud, a scandal and a financial war -- Arnold's pics were just the casualties of, "one of the biggest miscommunications in Gold's history," according to Gold's bigwig Dave Reisman. "The photos were removed so that they could be cleaned and placed together in a photo tribute that we have planned for the 30th anniversary of the film 'Pumping Iron.'"