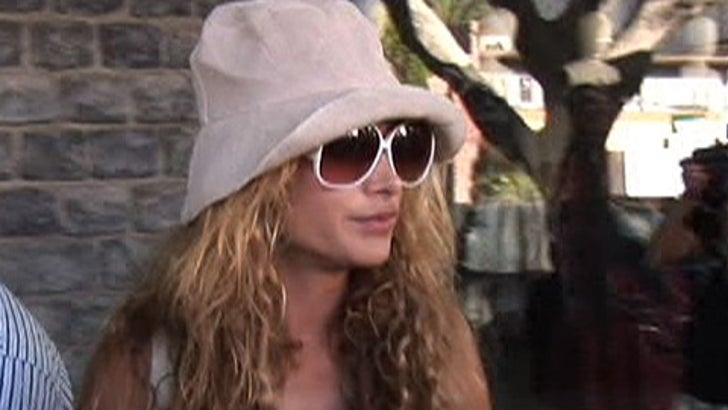 The singer, again working the combo Mary-Kate/Lindsay Lohan/Nicole Richie look, was spotted leaving The Ivy in West Hollywood yesterday, and set off a swarm of Spanish-speaking shooters. Hola!

Paulina, with madre Susana Dosamantes and hubby Nicolas Vallejo Najera in tow, was all sonrisas until one photog pronounced her name incorrectly not once, but twice. ¡Que desastrosa!