Lesson of the day, courtesy of Verne Troyer -- respect my name! 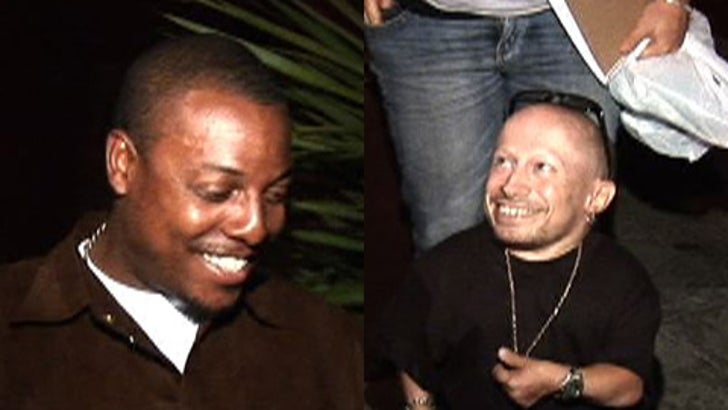 Verne had to cut the 6' 6" Paul down to size, calling him out on his faux-pas, saying, "I could have come up and just said 'Hey, you play for the Celtics, what up?' No, your name is Paul, my name is Verne ... Next time, now you know."

Troyer then gave Pierce a low-five and was on his way.