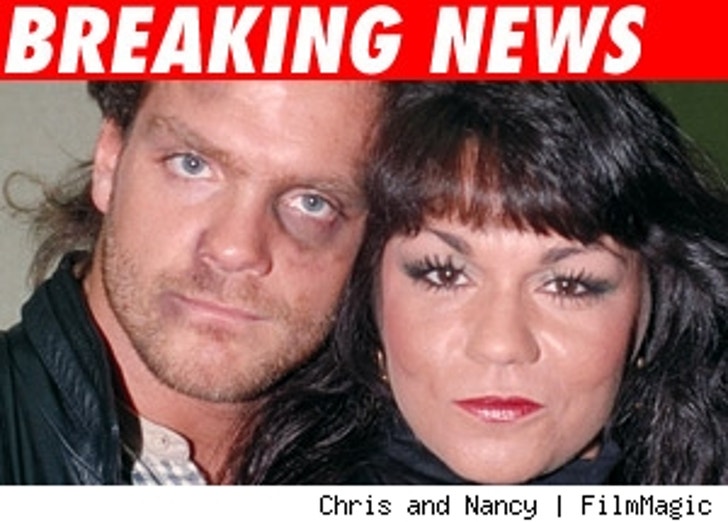 Before her grisly death, Chris Benoit's wife once told a judge that she was, "intimidated by threats of violence" from her 220 lb. husband.

In divorce papers filed in 2003, Nancy Benoit included a petition for protection from domestic abuse against Chris. In the papers, Nancy claimed that Benoit, "lost his temper and threatened to strike the petitioner and cause extensive damage to the home and personal belongings of the parties, including furniture." Nancy added that she was, "in reasonable fear for petitioner's own safety and that of the minor child."

Three months later, Nancy filed to have the divorce papers and the restraining order dismissed. A short time later, a judge granted her wish.

As TMZ first reported, law enforcement sources tell TMZ they believe Benoit strangled his wife on Saturday, smothered his son on Sunday and then hanged himself on Monday.