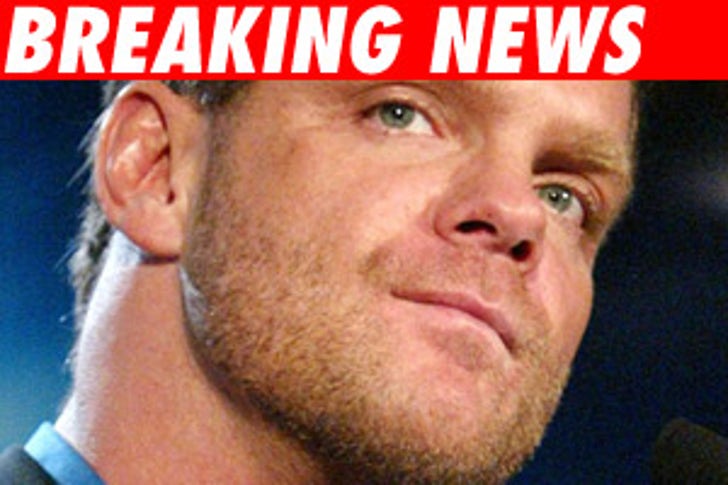 Officials have confirmed the horrifying details in the deaths of wrestling superstar Chris Benoit and his family.

In a statement by a member of the Fayetteville Sheriff's Department, "Mr, Benoit had sometime, possibly Friday, murdered his wife by asphyxiation. Sometime shortly after that, the same for his son Daniel and sometime later ... committed suicide by hanging himself in the basement area."

According to officials, Nancy was bound at the wrists and feet, with a towel wrapped around her body, and blood was found underneath her head. A Bible was also reportedly found near each one of the bodies.

Police have also confirmed that prescription drugs and steroids were found in the house.

Benoit was found hanging in a weight room in his house. Cops say that he used a cord from one of his workout machines as a makeshift noose. Authorities also believe that Benoit died on Saturday.