After Ms. Hilton gave her first post-incarceration interview on "Larry King Live" last night, her parents did their own tell-alls right outside the family's Bel Air home. 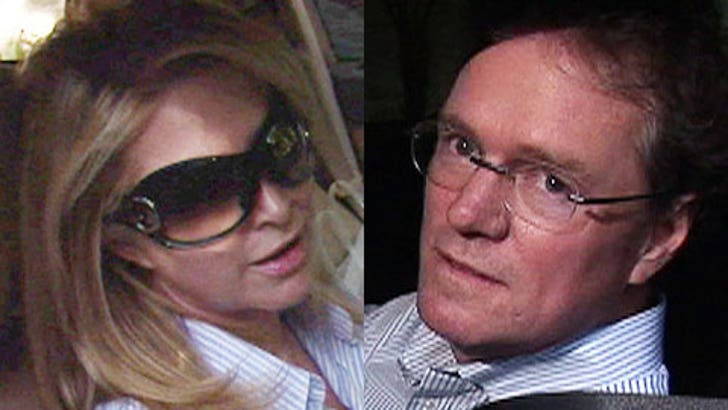 TMZ caught a chatty Kathy and an eager-to-get-inside Rick last night, arriving separately to the gated mansion which has become a circus of media, fans and paparazzi since Hilton's release from jail. Mama Hilton told our photogs that the first thing Paris did when she got home was play with her dog and scarf down a couple of sandwiches Rick had made especially for her.

A semi-uncomfortable Rick arrived home moments later -- using the help of paparazzi to buzz him through the gate, since he was without an opener -- where he told the snappers that Paris looked "as good as she ever has" when she left jail sans makeup. Father knows best!