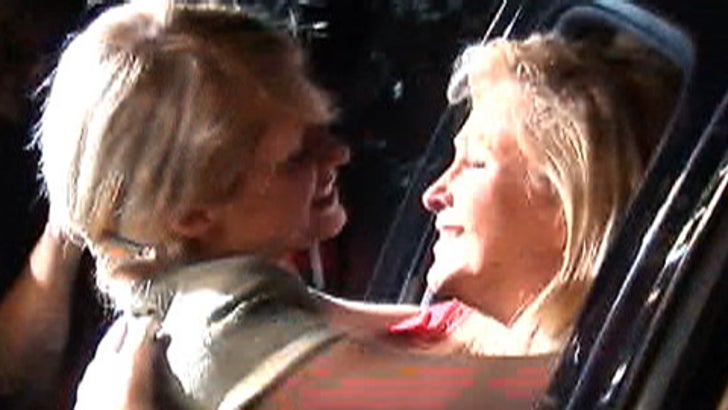 Like a modern day political prisoner, Paris Hilton emerged from jail to a legion of media and fans. Her first official act: hugging her mom. 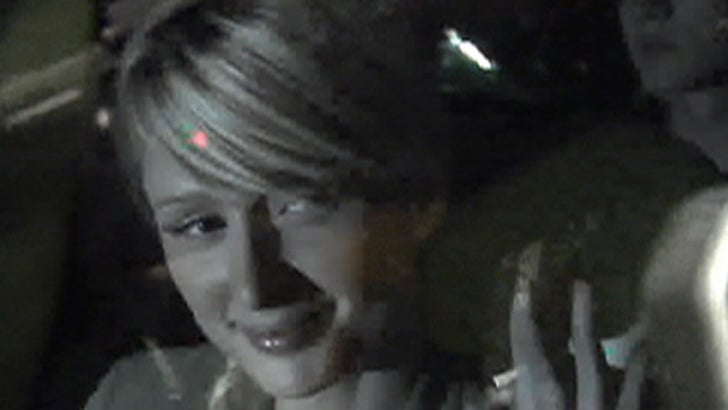 Paris and family arrived at her grandparents' Bel Air home and were surrounded by the media. This was a huge contrast to the last time she was photographed in a vehicle. 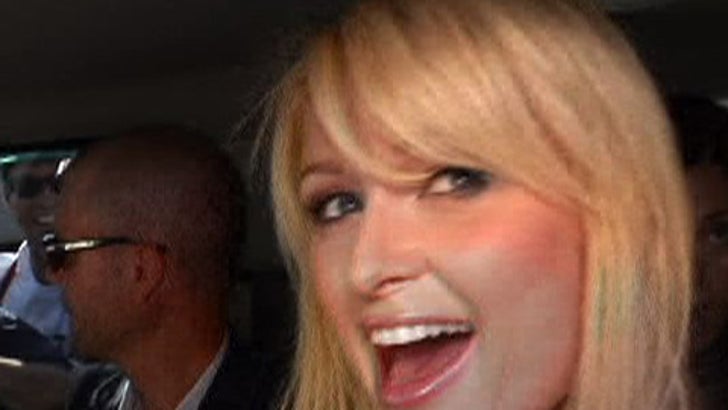 After her interview with Larry King, Paris gave a quick shout-out to TMZ. Holla!