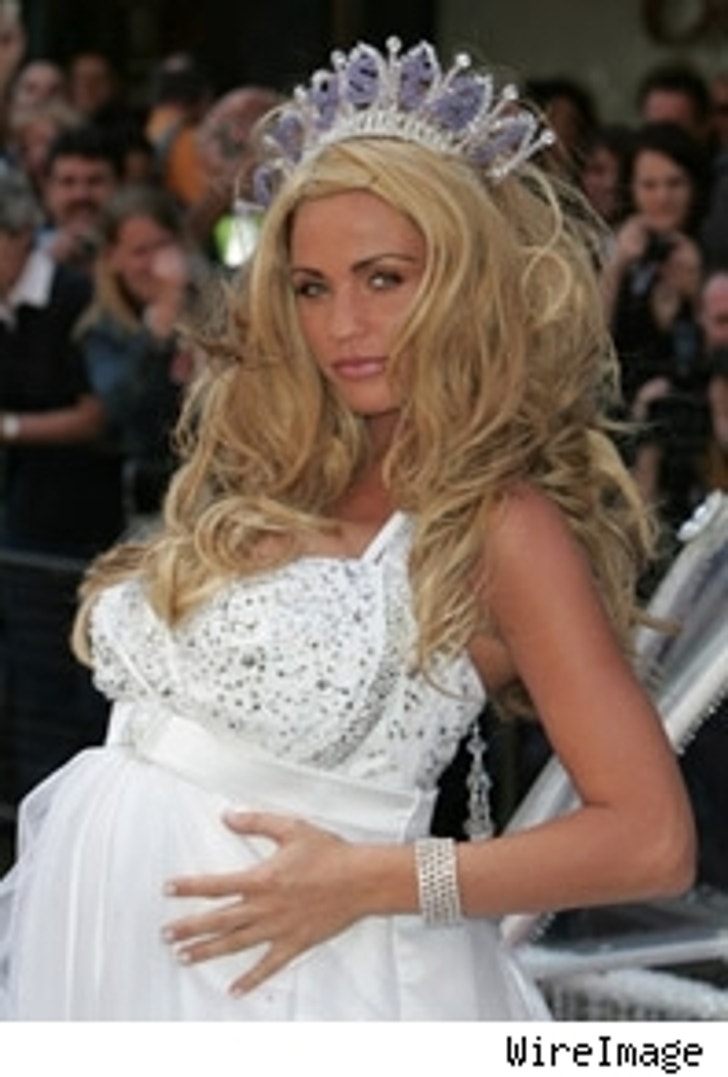 Katie Price, better known as Jordan in the UK, gave birth to her first daughter yesterday. The baby was born in a private London hospital and weighed in at 6 pounds, 13 ounces.

The couple have a two-year-old son named Junior and Katie has a five-year-old son from a previous relationship. Said Andre to the "Daily Mirror," "She's not going out until she is 64. Maybe when she's 30 she can go out with her girlfriends, but that's about it."