Macy Gray is the dopest, sexiest person on earth," according to Macy, that is. She also threw in a sly promo for her new album. 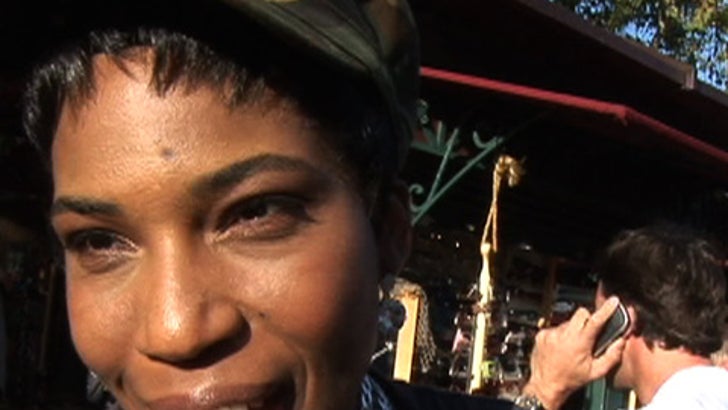 TMZ spotted Mark McGrath outside of Teddy's, who warned that unfortunately, "I haven't started drinking yet, so I got no good stuff for you."

Josh Duhamel was also at Teddy's with a decidedly less Fergalicious date than girlfriend Fergie. He and buddy Rodney Peete were chilling while Fergie was lived the "Glamorous" life in London.

Carlos Mencia was spotted with a leggy lady in gold, joking about Mariachis. Ole!

Tara Lipinski and Brody Jenner were both at Les Deux, though not together. Jenner cleared up the rumors; there's no cat -- er -- manfight between him and "Sons of Hollywood" star Sean Stewart.