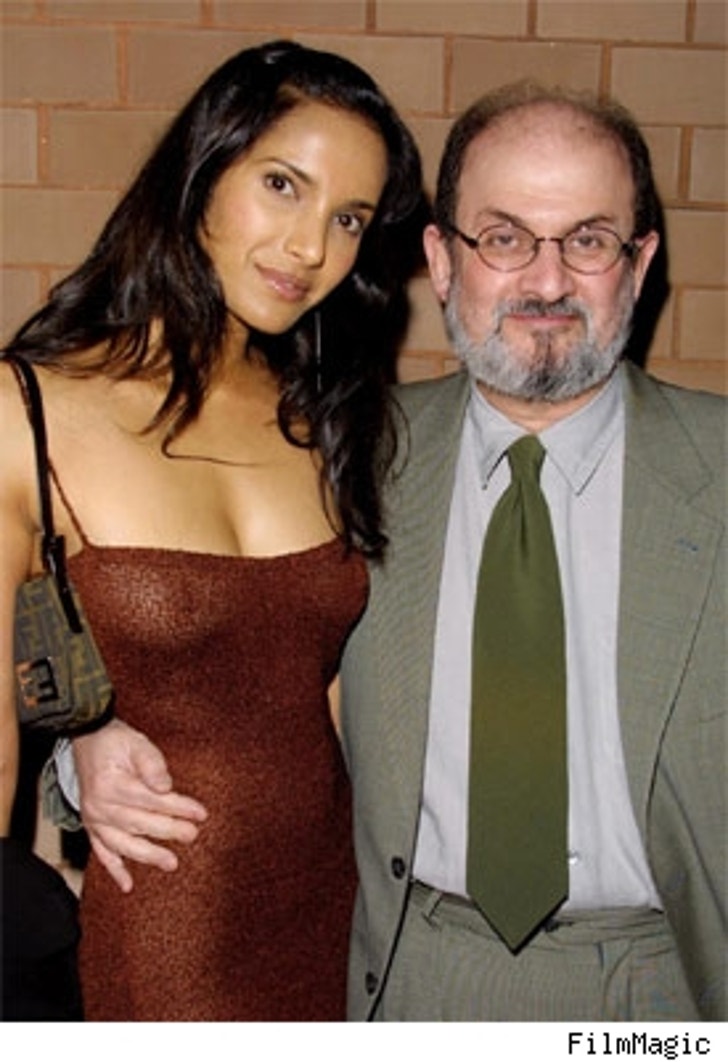 A rep for Rushdie released a statement saying, "Salman Rushdie has agreed to divorce his wife, Padma Lakshmi, because of her desire to end their marriage." A reason why was not given. Hmmm.

The gorgeous former model (Lakshmi), who was born in 1970, married the 60-year-old writer/professor in 2004. They have no children together. This will be Rushdie's fourth divorce.

After "The Satanic Verses" was published, Iran's Ayatollah Khomeini called on Muslims to kill Rushdie in 1989. Rushdie was recently knighted by Queen Elizabeth. Lakshmi, on the other hand, is gorgeous. Did we say that already?