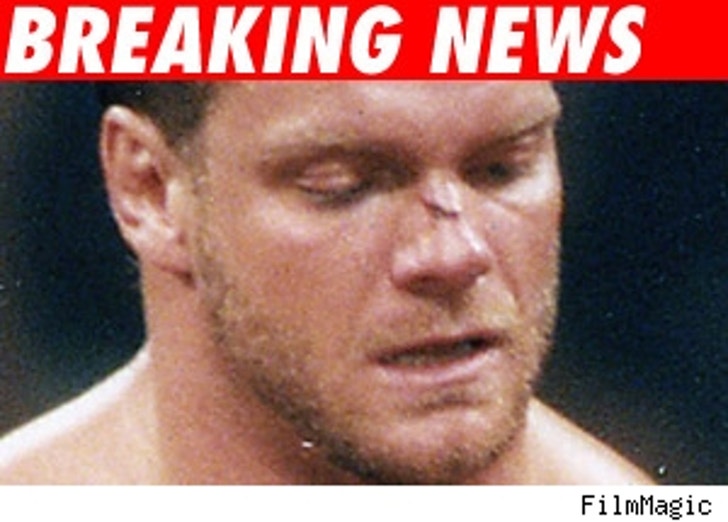 Amid reports that WWE wrestler Chris Benoit allegedly injected his son with hormones because of a health condition, Scott Ballard, District Attorney of Fayette County, Ga., just released this statement:

"There are additional reports that contradict the earlier information that suggested that Daniel Benoit may have suffered from Dwarf Syndrome or Fragile X Syndrome. Daniel's family denies that he suffered from either condition. As a result of the family's concerns, the Fayette County Sheriff's investigators and the District Attorney's Office have inquired into this matter. A source having access to certain of Daniel's medical reports reviewed those reports, and they do not mention any pre-existing mental or physical impairment. Reports from Daniel's educators likewise contradict the claims that Daniel was physically undersized. The educators report that Daniel graduated kindergarten and was prepared to enter the first grade on par with the other students."