He's a brick -- house! Sean Stewart, spawn of Rod, arrived to court this morning, respectfully dressed in a T-shirt and jeans, and flanked by childhood friend and uber reality producer, David Weintraub -- and the requisite mystery blond. 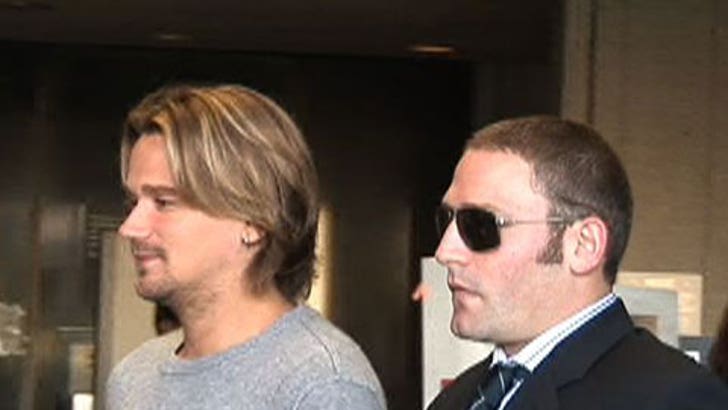 A stone-cold Sean was tight-lipped as he entered the stucco courthouse for a hearing stemming from a raucous April melee. Prosecutors say Sean threw punches and bricks at two people in a truck ... because he and his friends were denied entrance to a private party. What a brick!

The "Sons of Hollywood" star faces four felony charges, including assault with a deadly weapon and vandalism. Sean's attorney, Dana Cole, entered a plea of not guilty on all four charges. Sean didn't utter a word during the brief hearing (if only he didn't speak on the show!) and looked very solemn. A protective order against the alleged stone-thrower was filed by accusers, Tolabus and Ericka Stein. The entire proceeding took less than ten minutes and Sean remained mum the entire time.

The next chapter in this freak-out fracas takes place on August 6, when a preliminary hearing is scheduled.