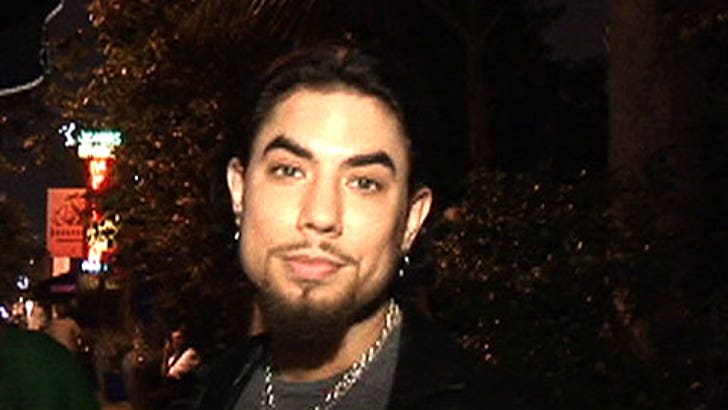 TMZ caught the former Chili Pepper with a sexy, stacked blonde last night outside The Little Door restaurant in Los Angeles. While Dave was quick to offer advice on what movie to check out at theaters, recommending "1408," he offered up exactly zilch about his voluptuous, diabetes-causing arm candy.

After his friendly film critique, the rocker quickly went Jekyll and Hyde on the photog, and with a pissed-off look, told him "Dude, we're done." And with that, we were.