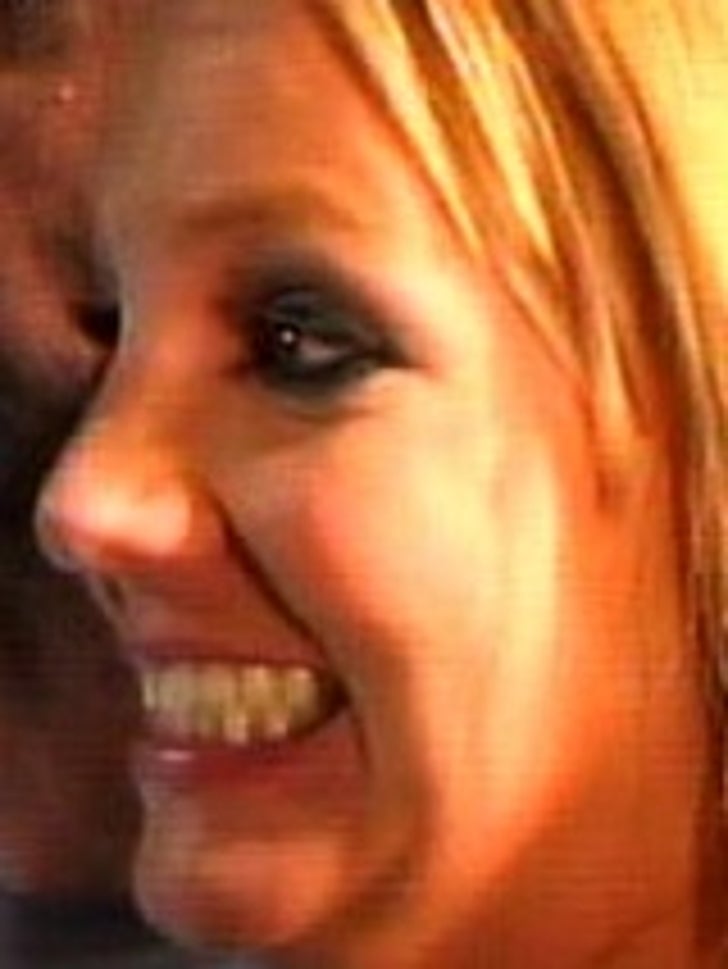 There's a new dude squiring Britney Spears around town, but no one seems to be sure who he is, and whether he's the manny, a bodyguard, or much more.

People reports that the guy with the curly brown locks and young Elliott Gould looks showed up at Bel Air Presbyterian Church on Sunday carrying Brit's babe Sean Preston, and then, as TMZ showed you yesterday, splashed around in Spears' cement pond with the trunkless tots.

Brit's reps won't ID the guy, and there's no sign on either her website or elsewhere, but here's what we do know -- he can handle a Benz and can sit through at least a few minutes of "Wicked." Good man.

Madonna – You (Better Be) Lookin' at Me 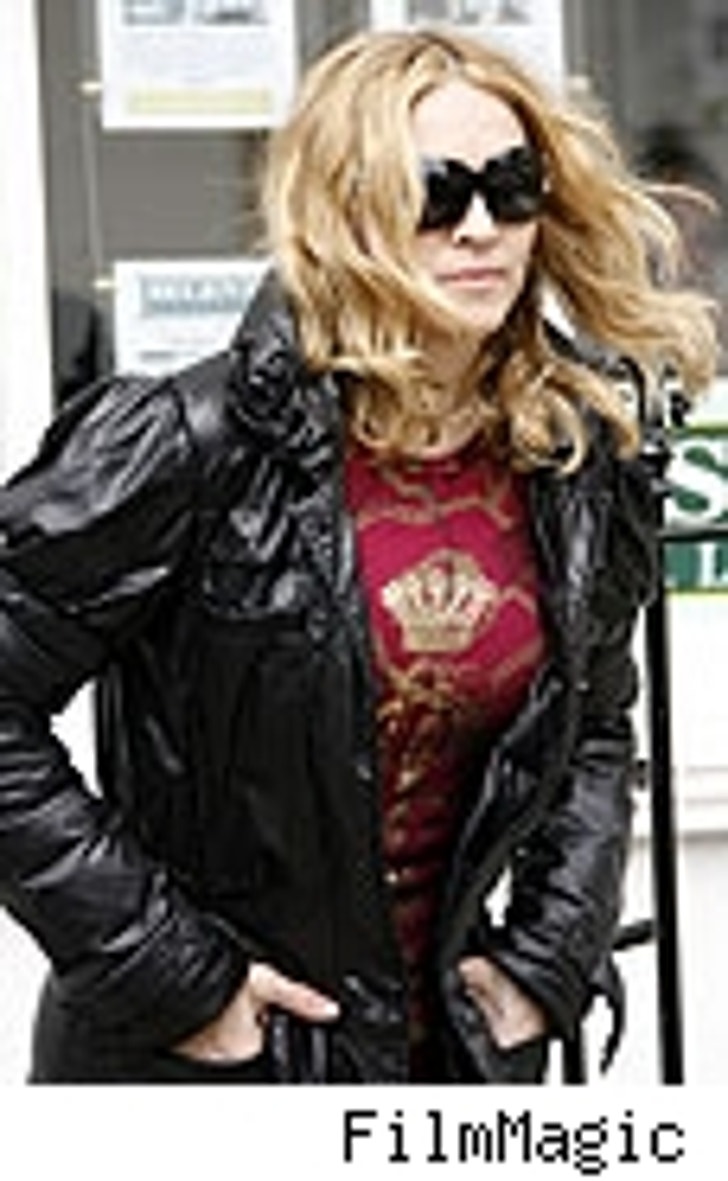 Ever the iconoclast, Madonna reportedly demanded that reporters backstage at Live Earth actually look her in the eye when they talk to her -- and not avert their gaze the entire time they conducted interviews. So says the Mirror UK (via MSNBC), which reports that the Material Mama shocked concert organizers by insisting that reporters couldn't look down to check notes and that all questions for her Madgesty had to be memorized -- or they'd get the chop.

"We thought her people were joking," said one Mirror source. Oh no they weren't: "She did not want to do any interviews, which I told the Live Earth folks from the start," said a rep for Madge. Journos also couldn't ask about Guy Ritchie, little David, or Kabbalah. 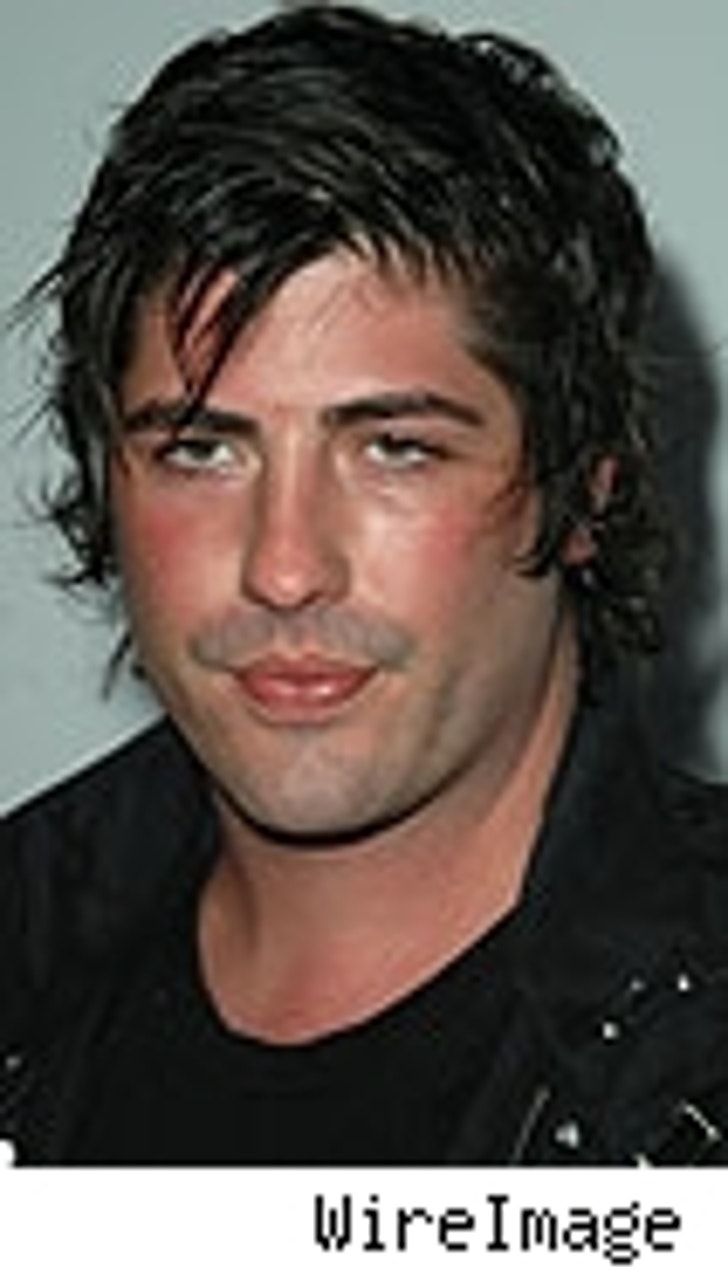 Maybe it's because, as Page Six speculates, he's "shed a few pounds." We choose to believe that it's the natural state of his species. Either way, Brandon "Greasy Bear" Davis, as Page Six reports, made a mess of things at his brother Alexander's (there's another Bear?!!) recent wedding reception. He started off by getting into a tiff with his Turkish dad, and then slid downhill fast, "knocking over chairs and flower arrangements" at the Montage Resort in Laguna Beach. Greasy had to be carried out of the reception, says a source. 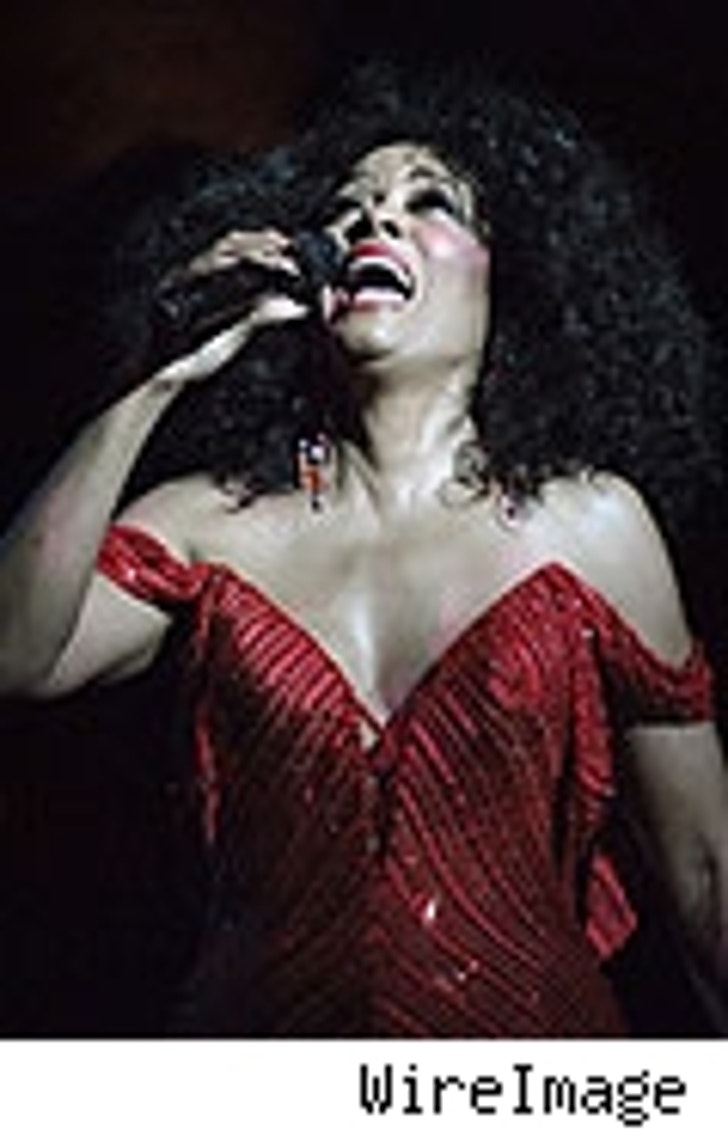 All supreme divaliciousness aside, Diana Ross rocked a top-secret surprise gig at the charity bash for Dreier LLP, SCAN, and Michael Strahan at TAO, belting out "I'm Coming Out" and "Ain't No Mountain High Enough," among other classics. ... Us reports that Metallica frontman James Hetfield was not, in fact, detained by UK officials last week because of his "Taliban-like" beard, his rep says, "It's false. It's not true." Meanwhile, members of ZZ Top were once again cleared for commercial air travel. ... Kathy Griffin would be pretty psyched to do "The View," she tells the Toronto Sun, but it wouldn't be for the cash. "Honestly, I don't think they're going to come up with the Griffin dollars. But I'm happy to go and check it out and see what they want."