Movie and a party! In NYC, east coast celebs gathered for a private screening of "Interview" -- and of course, the after party held at The SoHo Grand Hotel. Ain't no party like an after party! 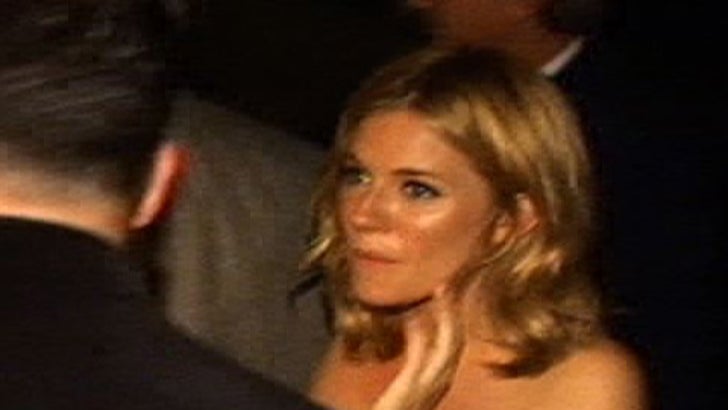 "Interview" beauty Sienna Miller showed up to the party, making a bee line from her SUV into the hotel. Mrs. Soprano, Edie Falco, casually strolled up the sidewalk, shoes on concrete, and entered the hotel. Hilarious SNL star Rachel Dratch felt a tad casual but vowed she would dress up next time! The flick's writer/director/star, toothy Steve Buscemi, showed up with pal Stanley Tucci.

Elsewhere, at TenJune, sexpot Samantha Cole and vampire slayer Sarah Michelle Geller smiled for cameras and Kanye West pulled up with his entourage.

All this and oh so much more in today's oh Soho Grand New Yawk Star Catcher!