She's hot, she's young (underage) and she's out on the town! Cameras caught teen hottie Hayden Panettiere in La La Land, arriving at Koi with a few gal pals. After her meal, Hayden sneaked out the back entrance. Only 35 more days until Miss Thang turns 18 ... but who's counting?! 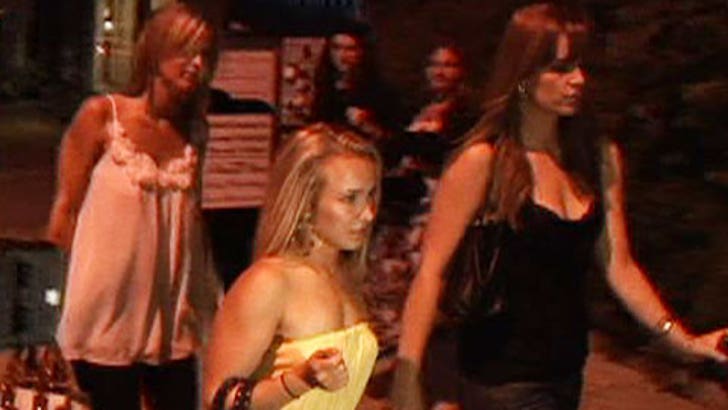 As lanky Lukas Haas left Hyde, he revealed that he's working on his first album. The 6'1" toothpick also plays drums and piano for The Rogues.

Amy Smart strolled out of Il Sole with a number of gentlemen, hopped into the passenger seat of a Volvo, which nearly hit a paparazzo who was snapping away in the middle of the street. Honk!

All of this and more in today's "I'll make that a combo" Star Catcher!