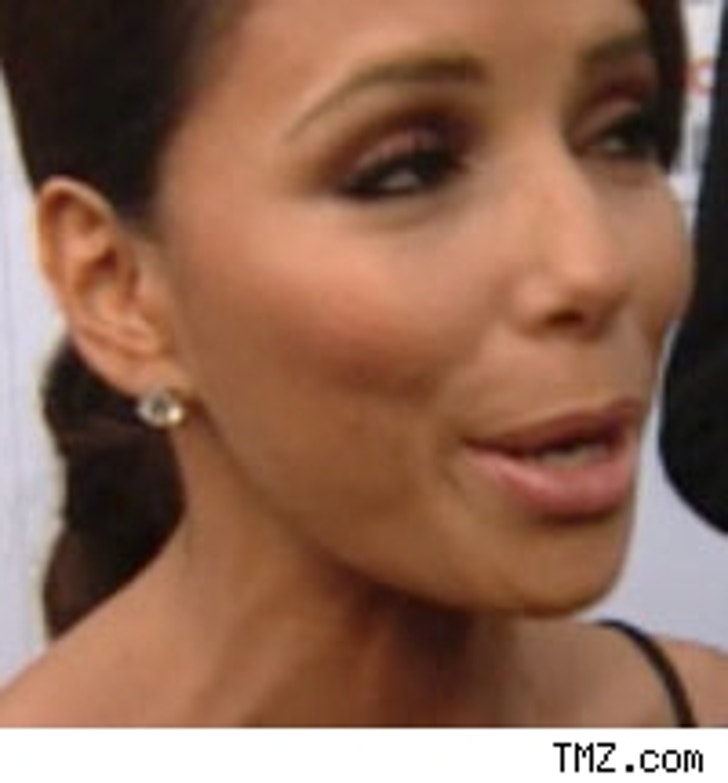 Beso, besame mucho! "Desperate" diva Eva Longoria is set to join the slew of enterprising celebs who do double duty as stars and restauranteurs. Reports the National Enquirer, the new Mrs. Tony Parker (along with promoter Jonas Lowrance and celeb chef Todd English) is opening a new spot at the corner of Hollywood and Ivar in L.A. -- called Beso -- Spanish for "kiss." And Longoria's so hyped on the idea that she's thrown in $250,000 of her own money to make it all happen.

Beso, which will reportedly serve Latin-themed dishes, was supposed to open before Longoria's big fat Parisian wedding, but progress has been slow. When asked for an update on the opening, Longoria's reps had no comment. In the meantime, Angelenos hungry for celeb grub will have to head to J.Lo's Madre or Ashton Kutcher's Dolce.