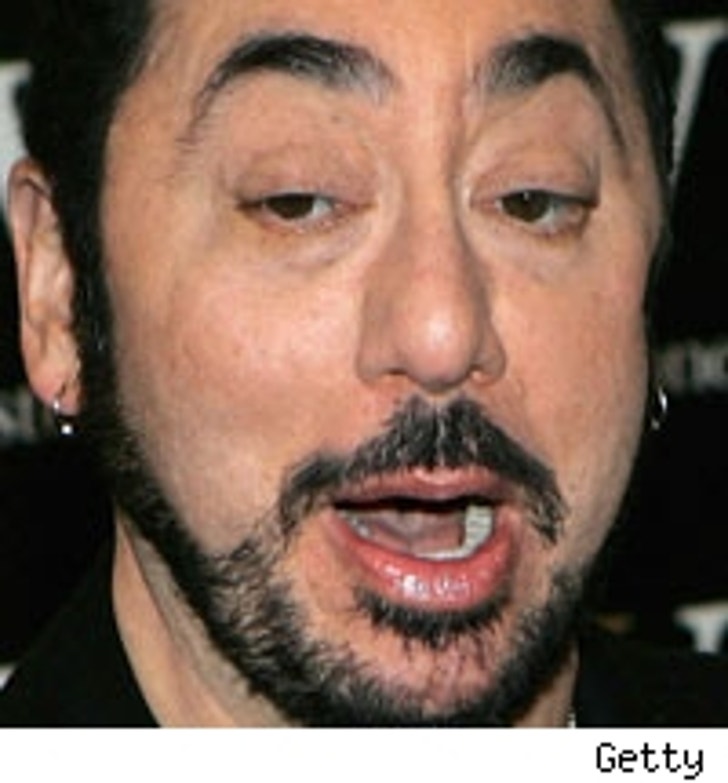 Since he's used to being the butt of jokes, David Gest has decided to take his one-man freak show on the British comedy circuit road! Why did the botoxed humanoid cross the road?!

Starting in February, the ex-Mr. Liza Minnelli will embark on "his first major UK comedy tour," and claims it "will be one of the most lavish spectacles ever put together." But can it top his monster's ball nuptials with Liza?

While the 54-year-old is already considered a clown in America, Gest has become quite the reality show trainwreck sensation across the pond. And his stand-up promises not to disappoint -- by including "magic, fireworks and a lot of stories that will have the audience in stitches!" By that they must mean a bloody mess!