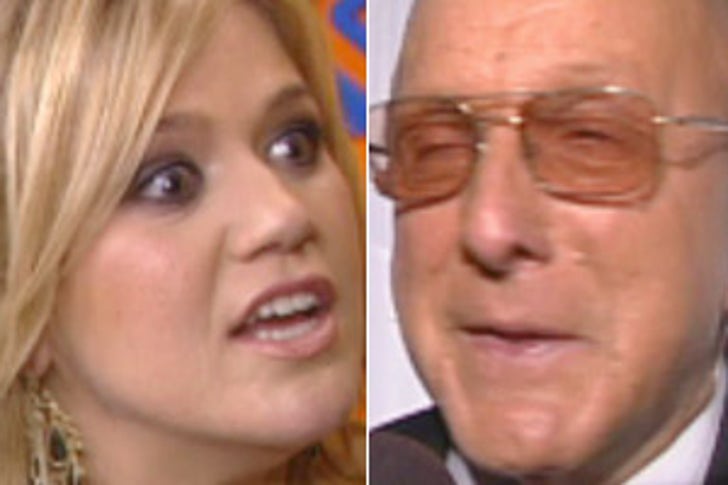 As stars are now prone to do, Kelly Clarkson took to her website to clear up her recent feud with record exec Clive Davis.

"I want to set the record straight on this by saying that I want my band, my advisors [sic], those close to me and my record label to be one big, tightly knit family," Clarkson wrote. "Like any family we will disagree and argue sometimes but, in the end, it's respect and admiration that will keep us together."

In this case, it looks like mommy and daddy have been fighting a lot and the kids are now in therapy!

The former Idol went on to say, "Contrary to recent characterizations in the press, I'm well aware that Clive is one of the great record men of all time." And by "recent characterizations in the press" perhaps she means the time she told USA Weekend, "I'm going to be real honest with you: I am not a fan [of Davis] ... I do respect him, but I don't want to barbecue with him. We don't braid each other's hair. And, despite the rumors, he is nowhere near a father figure."

And the press misconstrued that -- how?