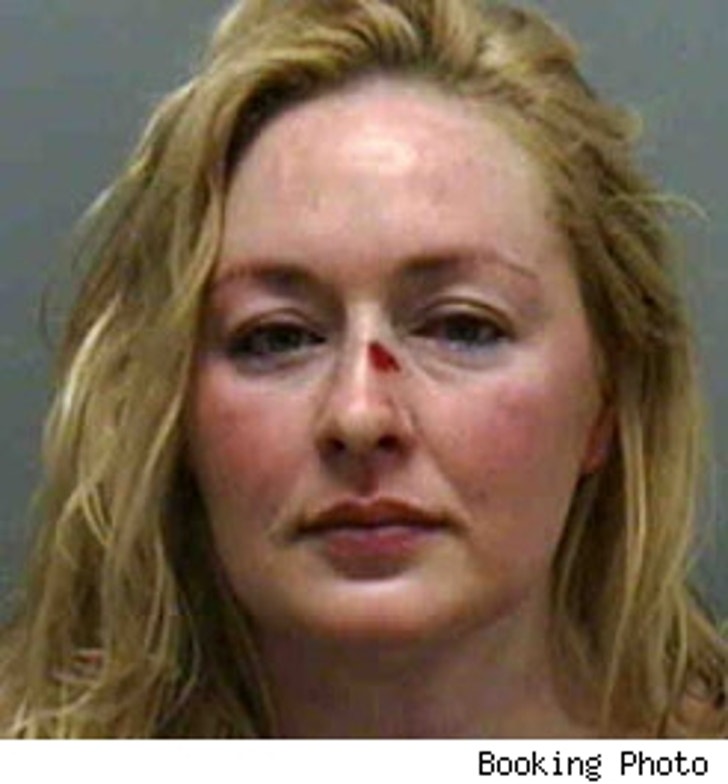 McCready, 31, was charged with the two misdemeanors, according to booking information. The Lee County Sheriff's Office would not discuss what happened nor what led to her arrest.

McCready, who had a No. 1 hit in 1996 with "Guys Do It All the Time," has struggled in recent years, beginning with a 2004 conviction for fraudulently obtaining prescription painkillers. She was on probation for that offense when she was charged with driving under the influence in 2005.

She was found not guilty of the DUI charge, but guilty of driving on a suspended license.

McCready was released on $1,000 bail Saturday and is scheduled to appear in court August 14.

UPDATE: In an interview with WINK TV in Florida, McCready says she is considering filing charges against a Sheriff's deputy for what she calls brutality. McCready told the TV station the bruises on her body were put there by deputies. She also says she was starved in jail and maced for no reason.

McCready accused the officers of tackling her while she was holding her 15-month-old son. "They tackled me. They didn't give any directions. They just tackled...It's just not right," she said. But the sheriff's department countered that they, in fact, took the baby away before wrestling McCready to the ground. As for the mace charges, police say McCready caused a disturbance in jail and was subdued with pepper spray.

According to the Sheriff's Department, deputies were called to the house because of a domestic dispute. When they arrived, McCready's mother claimed her daughter became violent after drinking. Officers say they saw scratches on the mother's face and say McCready's breath reeked of alcohol. McCready reportedly denied everything and called her mother "crazy." According to WINK, McCready resisted arrest, and had to be restrained. That's when she hit her her head on the ground, which caused the gash on her face in her mugshot.

McCready was then taken to jail, where deputies say she acted so disruptive they were forced to use pepper spray to control her.

McCready told WINK News, she plans to visit a doctor and a lawyer today.