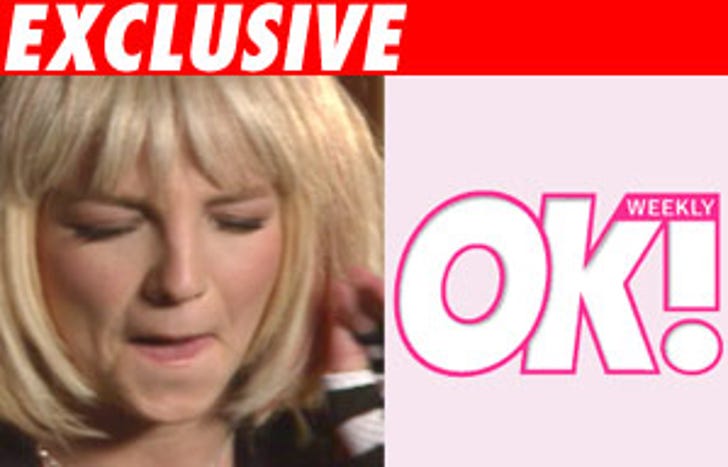 TMZ has learned that Britney's self-arranged photo shoot and interview with OK! Magazine was a complete disaster. We're told that the photos are so bad, execs at the magazine are, at this moment, trying to decide whether to report what actually happened -- or sanitize the truth to protect the pop train wreck.

According to multiple sources, Britney's behavior during the interview was "nothing less than a meltdown." She was, according to our sources, "completely out of it" during the shoot. The photos are "so bad" we've learned, that to publish them could "kill her career." Apparently, Brit Brit's eyes rolled back in her head at one point, causing her to look half dead. Her mood, we're told, was extremely erratic. She took frequent bathroom breaks our source says, and each time she returned her mood would change. She was also completely paranoid during the entire interview, fearing at one point the ceiling was about to cave in on her. Out of control y'all!

We've also learned that Brit had some issues with hygiene on the set as well. At one point, Britney ordered up some fried chicken to munch on. We're told after she chowed down, she wiped her hands on a several thousand dollar Gucci dress that she was wearing for the shoot, staining it with grease. Yuck! One of her dogs also needed some assistance in the housebreaking department. Our on-set spy says that the dog pooped all over the floor, and Brit used (what else?) -- a Chanel dress to clean it up! How trashtastic!

UPDATE (8:33 AM PT): In a surprising move, OK! Magazine says they're going to show Britney as she really was on the day of her disastrous photo shoot -- the good, the bad and the unbelievably ugly!

In an exclusive statement to TMZ, OK! Editor-in-Chief Sarah Ivens said, "OK! Magazine spent a heartbreaking day with Britney Spears and witnessed first-hand an emotional cry for help that will leave you shocked and sad. This week, on newsstands Friday, the truth will be told." 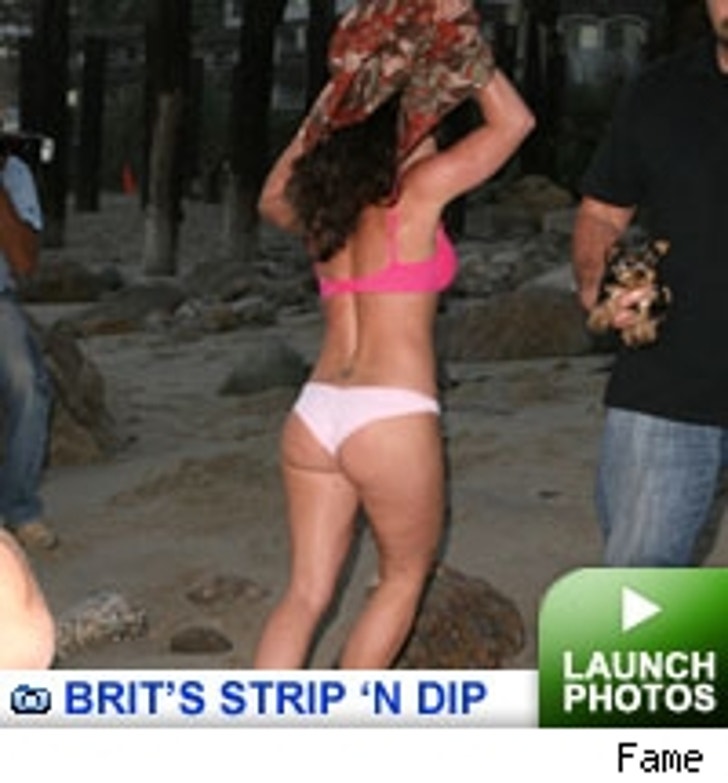 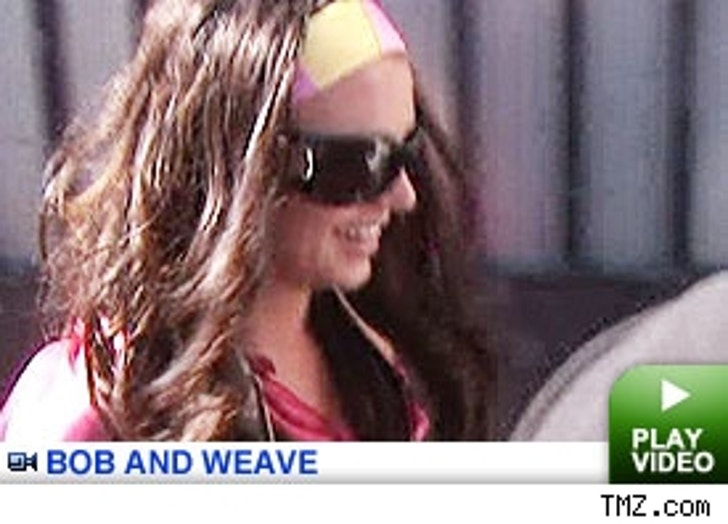