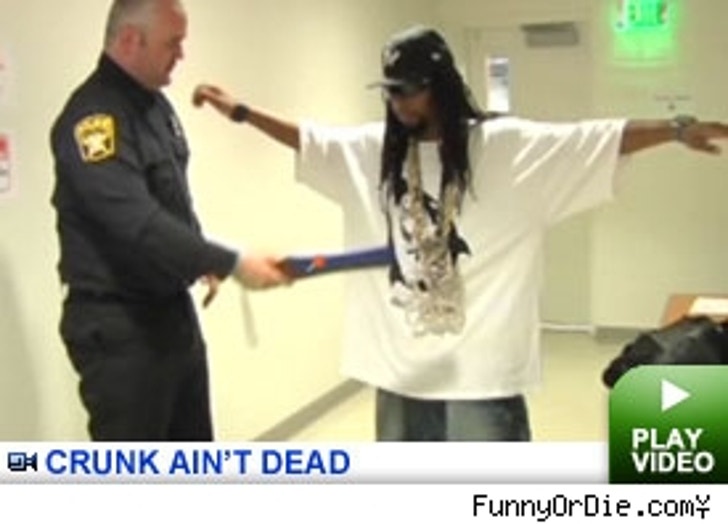 FunnyOrDie.com has uncovered the truth behind the identity of hit rapper/producer Lil' Jon -- he's really white!

In a hilarious new video posted on the site, Lil' Jon goes through a metal detector and is forced to remove his bling, one piece at a time. By the time all the garb is off, the only thing left behind -- is a guy who looks more like John Schneider than Lil' Jon!

Lil Jon' tells TMZ, "Who said rappers don't have a sense of humor?!"