Guns N' Roses guitarist/badass Slash celebrated his birthday last night at Hyde ... where he apparently partied with the one and only ... Elliot Mintz? 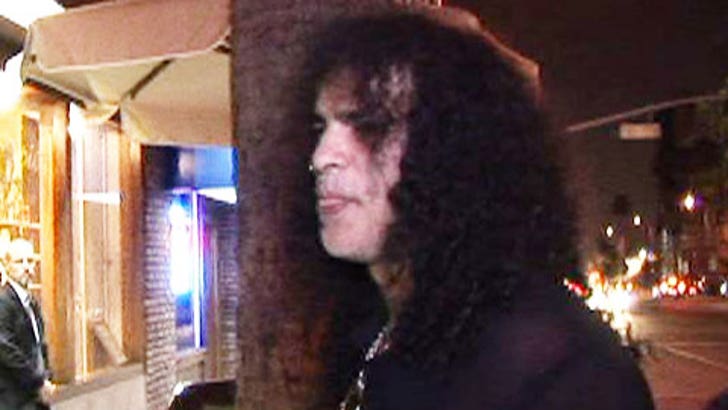 TMZ cameras were at the Sunset Blvd. club in Hollywood on Monday as the usually top-hatted musician arrived after dinner with former bandmate Steven Adler at Mr. Chow. And though Mintz, Paris Hilton's go-to PR guy, was there to wish Slash a happy birthday, he told our cameras that neither Paris nor Lindsay were inside the club ... of course everyone now knows where Little Miss Lilo was last night! Also at Hyde: David Spade, Samantha Ronson and Scott Weiland.

In NYC, cameras caught a ripped Mark Wahlberg taking a cameraphone pic with a fan on the streets, while "That 70's Show" stars Wilmer Valderrama and Danny Masterson hooked up at Stereo by the Shore in the Hamptons.

All this and more in today's Slash and burn edition of Star Catcher.