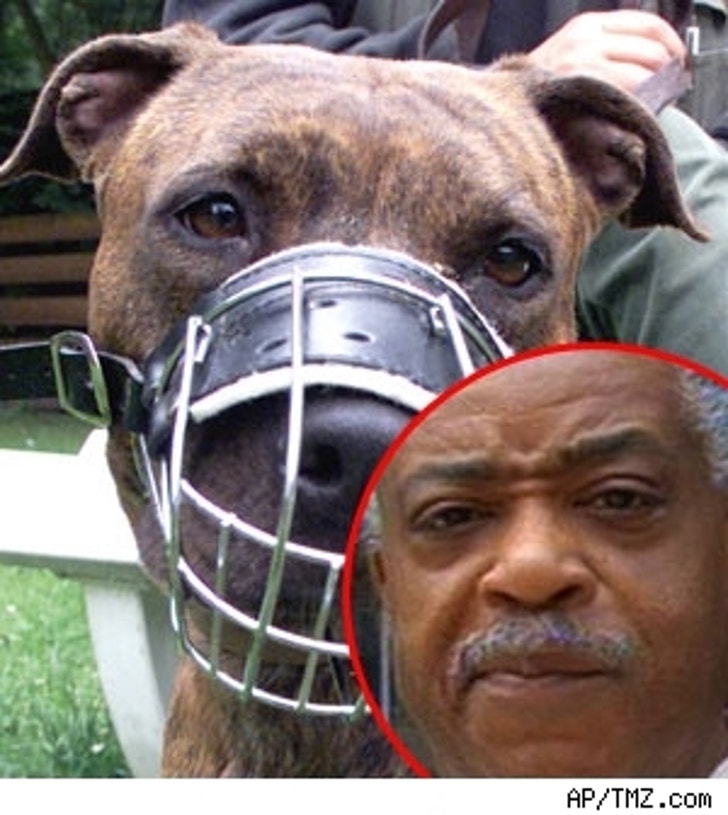 Rev. Al Sharpton is going to the dogs ... and by dogs, of course, we mean bitches.

Sharpton has turned his attention from celebrity news websites and is lending his voice to a crusade against ... dogfighting? Sharpton and hip-hop honcho Russell Simmons teamed up with PETA to send an open letter to all corporate sponsors of alleged dog fight creep Michael Vick, as well as to the Commissioner of the NFL. PETA picketed New York's Niketown store today.

In their letter, Sharpton and Simmons proclaim, "Hurting animals for human pleasure or gain is despicable ... Our battle must extend to those innocent animals who literally have no voice or choice."

Oh, really, Al? The good Rev was nowhere to be seen last summer, when Beyonce Knowles -- whom he strenuously defended when we called her outfit "roboho" -- was exposed by a PETA ambush for using the fur of smaller "innocent animals" in her fashion line. The confrontation during a lunch at Nobu, was caught on video and obtained exclusively by TMZ.

Rev. Al got right back to us when we asked for comment, pointing out that he joined PETA last year in protesting chicken industry practices: "Whether I or a person agree or disagree on a social issue, it does not entitle that
person or their attire to be referred to in a misogynistic manner."