Dressed as pop dog carriers Paris Hilton and Britney Spears, PETA protesters took to the streets of Hollywood today to cast light on the problems caused by buying pets through a breeder. But really, when you dispatch people dressed up as those two, no one really cares what your cause is! 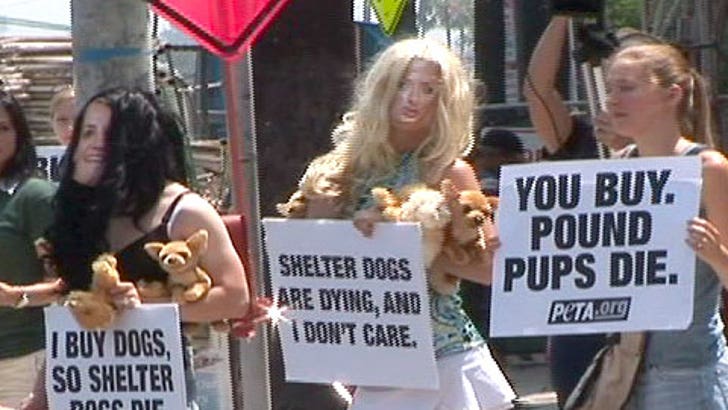 According to PETA, for every dog or cat purchased from a breeder or pet store, another dog or cat on death row at an animal shelter must be killed. At the rate Paris and Britney are going, there won't be any pets left for the rest of us! Arf, y'all!

"Forget jail or rehab," PETA Director Daphna Nachminovitch says. "These selfish stars should do a stint in an animal shelter." Hopefully, they've already had all their shots.