Cisco Adler must be having a hard time recovering from his recent breakup with Mischa Barton -- so he decided to advertise at his recent show -- revealing why girls are heels over head for him in the first place. His third leg! 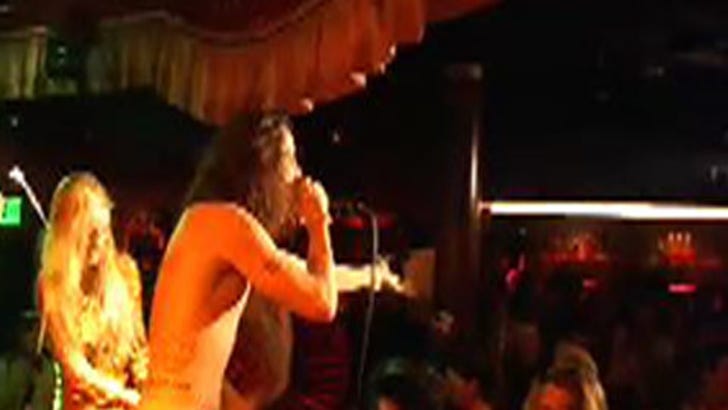 TMZ obtained this video of the well-endowed rocker on stage with his band WHITESTARR, where he drops his pants and shows the crowded venue his genitals. Earlier in the clip (of film), Cisco can be heard complaining about a fight with his girl, and how he has to perform at "The Viper Room" in Hollywood that same night.

The video was captured by cameras following the band, recording the difficulties and, er, hardship they face as an up-and-coming rock band.